And finally, after keeping the media and the fans busy for a long time, Sonam Kapoor managed to wed her long time boyfriend Anand Ahuja. 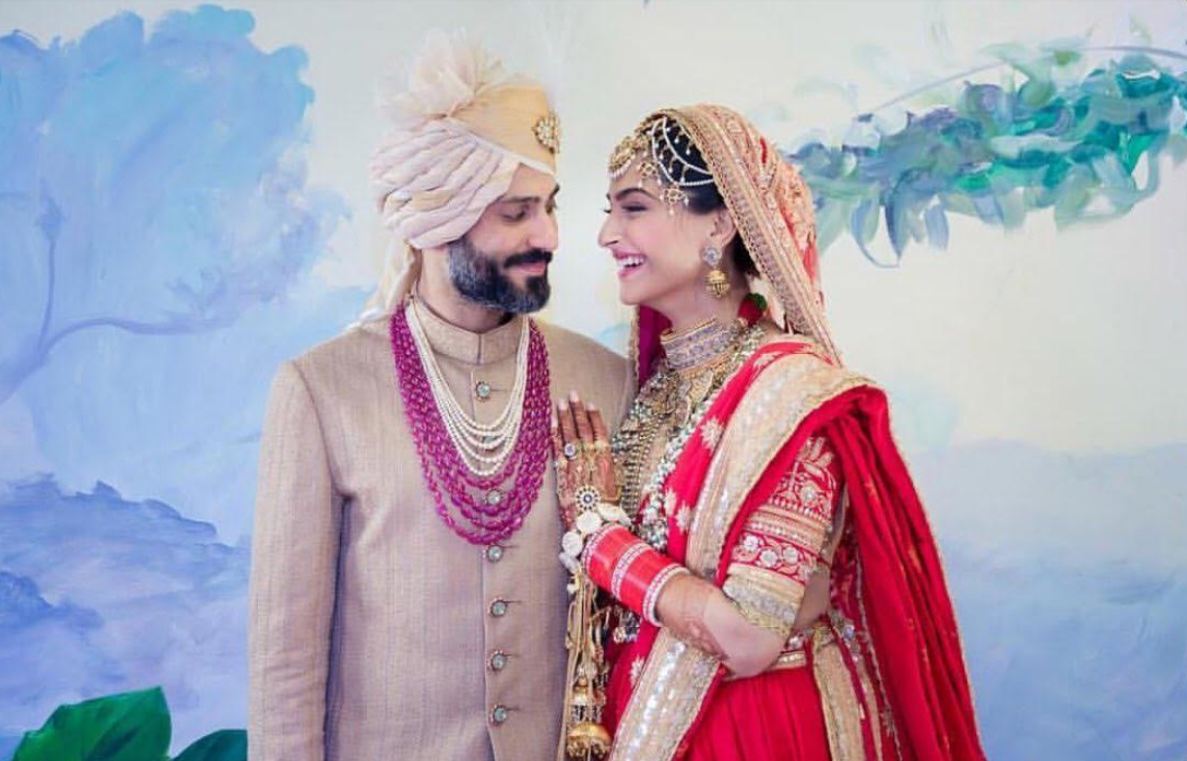 The celebrations for the Sonam-Anand wedding started three days ago with some wedding shopping followed by some dance rehearsals for the sangeet, the pre mehendi bash, the mehendi celebrations and finally the sangeet before the wedding took place at the Rockdale bungalow belonging to Sonam Kapoor's aunt at Bandra.

The wedding took place according to the traditional Anand  Karaj ceremony.

The wedding was a close, intimate and private affair with very few friends and only family in attendance. Amitabh Bachchan and daughter Shweta Bachchan and best friends Jacqueline Fernandez and Swara Bhasker were a few people who were not family who attended the wedding.