'This Is Us' and 'Master of None' receive GLAAD Media Awards

"This Is Us" was named outstanding television drama Thursday at the GLAAD Media Awards at a ceremony that buzzed with excitement for honoree Britney Spears.

The 29th annual ceremony held Thursday at the Beverly Hilton Hotel also recognized "Master of None" for an episode in which Lena Waithe's character comes out to her family.

Waithe co-wrote the episode, which drew on her own experiences coming out. Halle Berry presented her the award, and the actresses embraced before Waithe delivered her acceptance speech.

The night's biggest honor went to Spears, who was presented the Vanguard Award by Ricky Martin. The award recognizes an entertainer GLAAD says has made a significant difference in promoting equality and acceptance of LGBTQ people. Past honorees including Jennifer Lopez, Cher, Antonio Banderas and Demi Lovato.

Many attendees, including Olympic figure skater Adam Rippon and Pentatonix singer Scott Hoying, were thrilled to see Spears and reflect on her impact on them.

"I remember being a kid, dancing to 'Oops I Did It Again' in my room, like a little gay Scott, and (tonight) we're performing on stage in front of Britney and it's just kind of like a full-circle moment. We're excited."

Rippon already had his pitch ready in case he met Spears.

"I'd be like, 'Can we do an Instagram fashion show please? I only need 15 seconds of your time. ... Or a few days. 'This will only take a few hours,'" he joked on the red carpet. 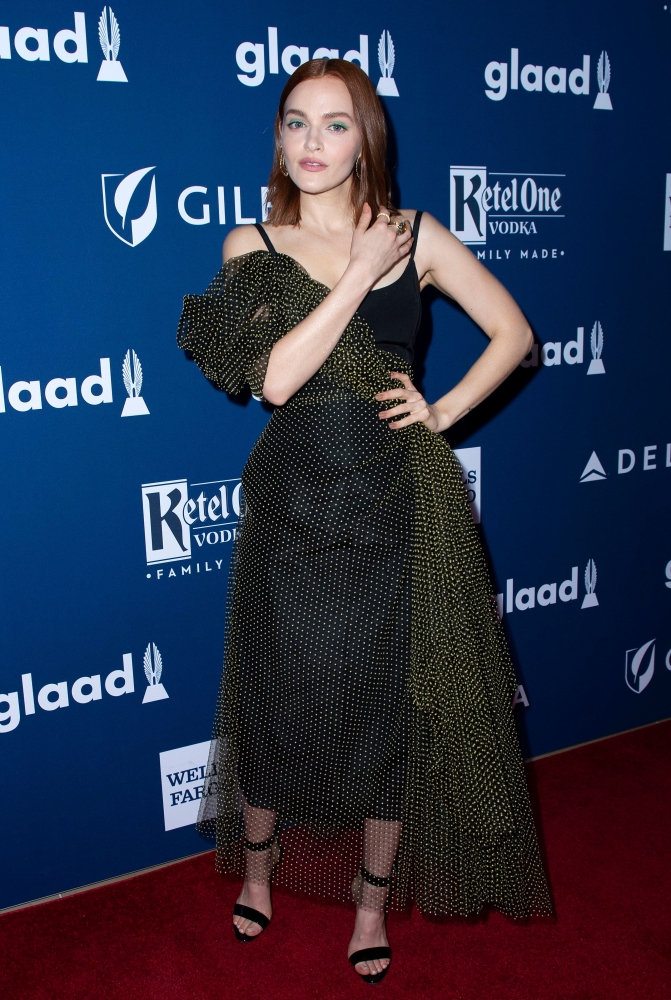 The GLAAD Media Awards bestows awards for projects that provide "fair, accurate and multi-dimensional" depictions of LGBTQ characters. Its awards are split between two ceremonies. Several additional awards will be presented in New York on May 5.