Television actress Shweta Tiwari, who has been in a relationship with Abhinav Kohli for three-and-a-half-years now, has finally embraced wedlock. 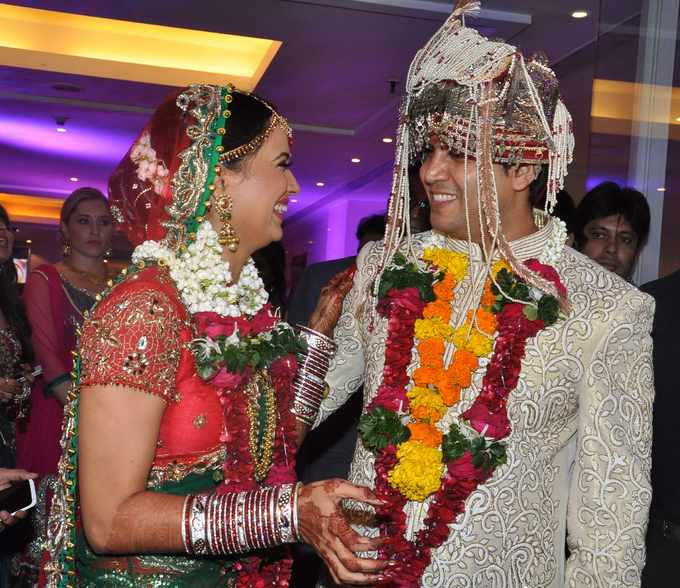 Shweta was earlier married to Raja Chaudhary, but the couple got divorced owing to their irreconcilable differences and Raja’s abusive behaviour towards Shweta. She has a daughter named Palak from her marriage with Raja, and the girl is supposed to stay in her mother’s custody as per the court’s orders.

On July 11, the mehendi ceremony will take place in Shweta’s Mumbai house, in the presence of close friends and family.

Shweta Tiwari with her daughter Palak on the sets of 'Jhalak Dikhhla Jaa'. (Twitter)

A lavish sangeet on July 12 and the wedding, the next day, will be held at a city five-star hotel. Since Abhinav is from Bengaluru, the reception will be organised there on July 17.

John Abraham in no mood to end rivalry with Salman Khan