Kate, Britain’s Duchess of Cambridge, was shown poignant letters and documents on Wednesday relating to three of her relatives who fought and died during World War One.

The duchess’s great-great-grandfather, Francis Martineau Lupton had five children, three of whom - Francis, Maurice and Lionel - were killed in the war. 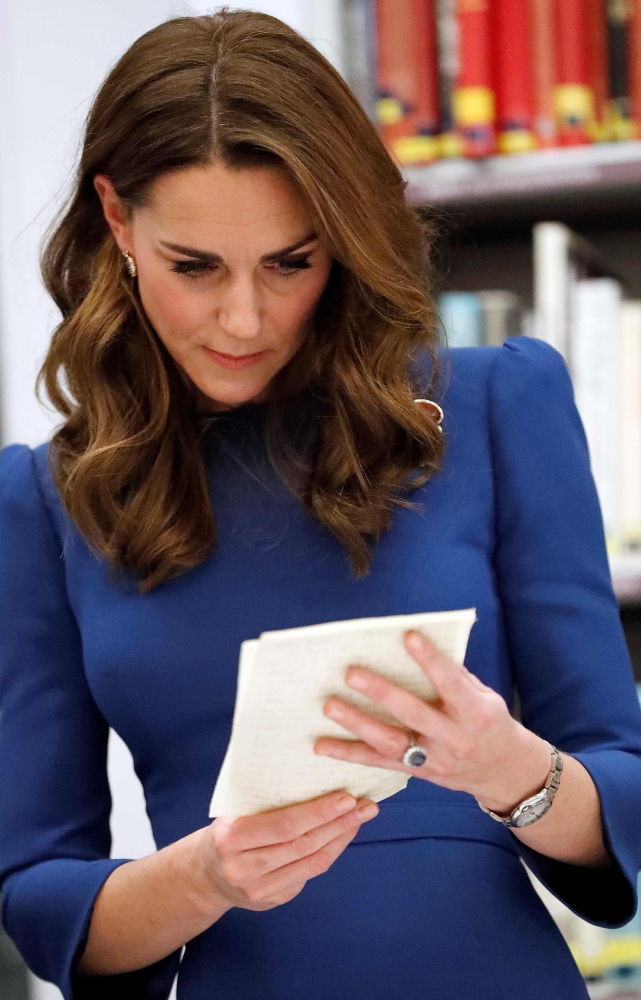 Ahead of the centenary of the end of the conflict, Kate, wife of Queen Elizabeth’s grandson Prince William, was shown documents in the Imperial War Museum’s archive including letters they sent home and a letter of condolence sent on behalf of King George V from Buckingham Palace’s Keeper of the Privy Purse.

“The King realizes that this is the third beloved son you have given in your country’s cause and His Majesty trusts you may be granted strength and comfort in the further sorrow which you have been called upon to bear,” the letter said.

Captain Maurice Lupton was the first of Kate’s family to die, killed by a sniper in 1915 aged 28. His 24-year-old brother, Lieutenant Lionel Lupton, who served with 28th Brigade Royal Field Artillery and spent a significant time in trenches on the front line, was killed in action the following year.

In February 1917, Major Francis Lupton, who served with the 8th Battalion West Yorkshire Regiment, was killed by a bomb aged 31.

Kate was also shown the registration card of her great-grandmother Olive, sister of the three brothers who were killed, who worked as a nurse in the Voluntary Aid detachment.