Indian actress Deepika Padukone and Priyanka Chopra are all over the news especially due to their Hollywood venture.

Deepika first made the big announcement of her Hollywood debut alongside Vin Diesel. 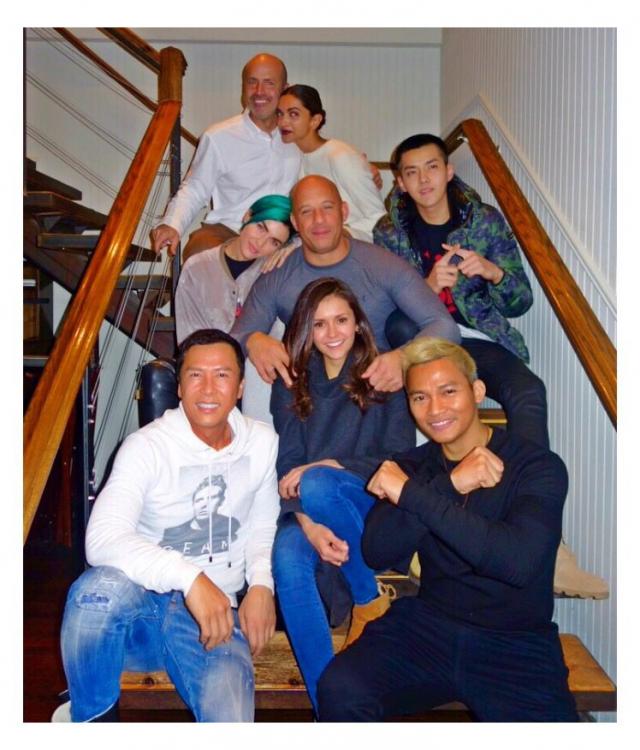 Looks like both the actresses are kicked about their Hollywood debut and sharing their experiences on social media.

Twitter/Instagram has become a tool for stars to let fans peek into their personal and professional life.

Deepika is in Toronto right now shooting with Vin Diesel and seems to be enjoying her work with the team.

And though the lady is away from her home, she isn't frowning about it but enjoying her time with her 'new family'.

Priyanka, who is prepping for her 'Baywatch' adventure, also shared a picture of her sitting with her entire squad on the Instagram.

Baywatch actor Dwayne Johnson posted the picture originally with a caption, "Like a proud papa silverback, just look at this talented cool/hot #Baywatch cast.. @ilfenator, @alexannadaddario, @zacefron, @priyankachopra, @kellyrohrbach, @thejonbass and some tatted up, bald brown man with a large head. This squad has been working extremely hard for months for these roles - the time has come - we start shooting TOMORROW. Let's roll and bring the world some beach fun. #BAYWATCH #LifeguardsOnDuty #AndZacHasNiceTits."

These desi girls are clearly giving some Bollywood touch to Hollywood.