What 'Tamasha'! Ranbir down on his knees to propose Deepika 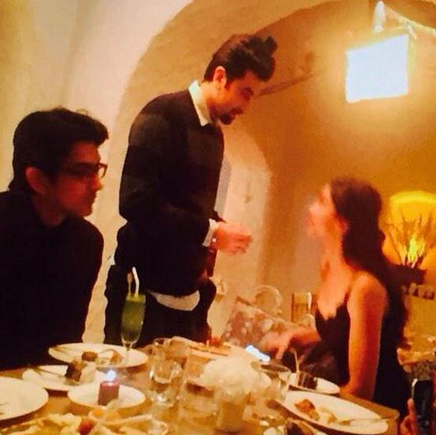 So why is Ranbir going down on his knees proposing Deepika? They are actors and both stars are adamant to prove that ex-flames can work together and even after break-up they can be friends.

Ranbir and Deepika's long gone love story and break-up can still be discussed over a hot cup of coffee and relished.

This fact has been completely exploited by filmmakers and as a result we got 'Yeh Jawaani Hai Deewani' and saw their crackling chemistry.

So why not try it the second time and cash on the interest fans still have on their failed love-story.

Leaked images from the set have been trickling in the internet and keeping fans engaged. 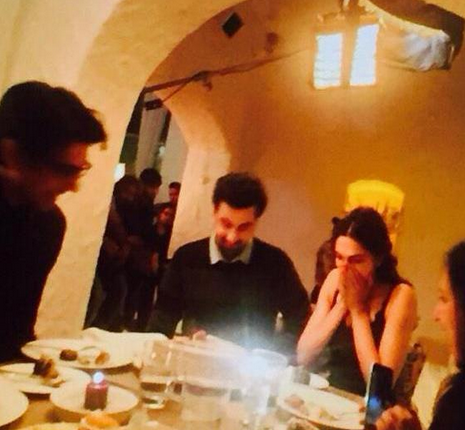 In the latest, the ex-couple is shooting for a romantic sequence of 'Tamasha'.

Ranbir can be seen going down on his knee proposing Deepika, and she looks surprised.

From the pictures, it seems it happened during dinner. Buzz is that this is the climax of the movie. But to know her answer we will have to wait for the movie.

Directed by Imtiaz Ali, 'Tamasha' will be Ranbir and Deepika's third movie together after 'Bachna Ae Haseeno' and 'Yeh Jawaani Hai Deewani'.

In the movie, the actor will essay the role of Ved Sahni, a free spirited person who wants to spread happiness, and the actress will play a comic book fanatic. They meet each other in Corsica, France, and from there on they set off for an adventurous journey.