World welcomes 2019 with fireworks and festivities

Revellers welcomed 2019 with fireworks displays and festivities as a celebratory wave swept westward across the globe from Asia to Europe and the Americas at the conclusion of a tumultuous year.

Monday's celebrations kicked off with Sydney hosting its biggest-ever pyrotechnics display and lighting up its harbour-front skyline for a full 12 minutes.

More than 1.5 million spectators gathered to enjoy the spectacle that also featured a ceremony to celebrate Australia's indigenous culture. 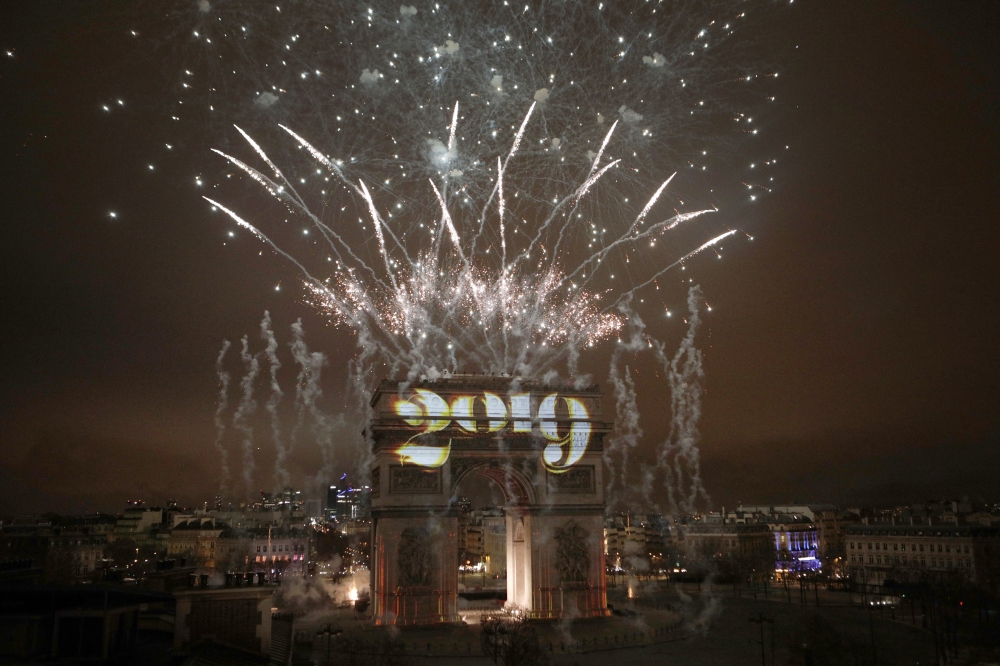 Fireworks light the sky above the Cathedral Square in Vilnius, Lithuania. (AP)

Fireworks light the sky above the Quadriga at the Brandenburg Gate shortly after midnight in Berlin, Germany. (AP)

Fireworks burst over the water of Marina Bay during the New Year countdown celebrations in Singapore. (AFP)

Fireworks go off in Times Square to celebrate the New Year in New York City. (Reuters)

Fireworks explode over the ancient Parthenon temple atop the Acropolis hill during New Year's day celebrations in Athens, Greece. (Reuters)