Lady Gaga: Social media is the toilet of the internet

Lady Gaga thinks social media is the "toilet of the internet", as she slammed sites like Twitter for spreading false rumours of a romance between herself and Bradley Cooper.

The 32-year-old singer has slammed websites like Twitter for allowing people to easily spread misinformation, as she addressed false rumours that she struck up a romance with Bradley Cooper - who is in a relationship with Irina Shayk, with whom he has 23-month-old daughter Lea - on the set of their movie 'A Star Is Born'.

When asked about the rumours, Gaga - who performed 'Shallow' from the movie with Bradley at the Oscars, where the rumours started - simply rolled her eyes, before she said: "First of all, social media, quite frankly, is the toilet of the internet and what it's done to pop culture is abysmal.

"People saw love and, guess what, that's what we wanted to you to see. This is a love song. The movie, 'A Star Is Born', it's a love story."

Gaga insists she and Bradley performed the song in their characters - with Gaga as Ally and Bradley as Jack - because they're both "artists", who wanted to give the best performance possible.

Speaking during an appearance on 'Jimmy Kimmel Live' on Wednesday, she added: "From a performance perspective, it was so important to both of us that we were connected the entire time. When you're singing love songs, that's how you want people to feel.

Her comments come after a source also recently slammed romance rumours, stating Bradley, 44, is still "totally secure" in his relationship with Irina.

The insider said: "He is an honest guy and who is in a relationship and everyone has gotten very carried away with the gossip. 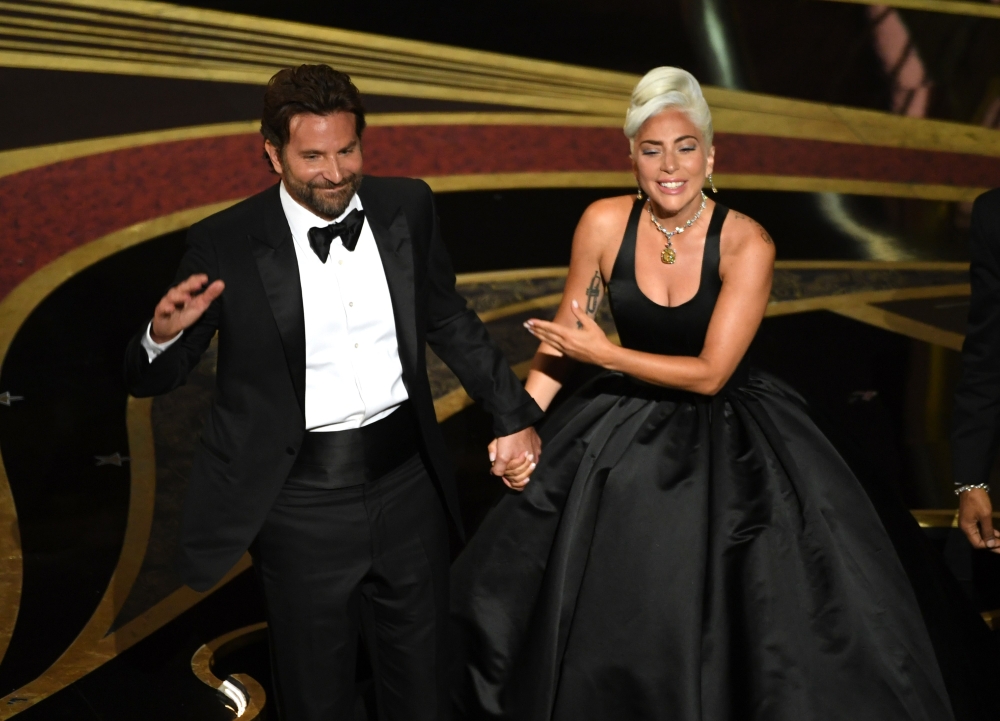 "Irina is with him a lot. She comes out all the time and they are really sweet together. Bradley is caring and conscious of her feelings. He doesn't want Irina to feel uncomfortable and she seems totally secure with their relationship."