Hell in high water: Braving the monsoon to save India's rhinos

The monsoon may bring respite from the scorching heat, but for the rangers and animals at Kaziranga National Park it also brings danger as poachers take advantage of greater camouflage and flooding. 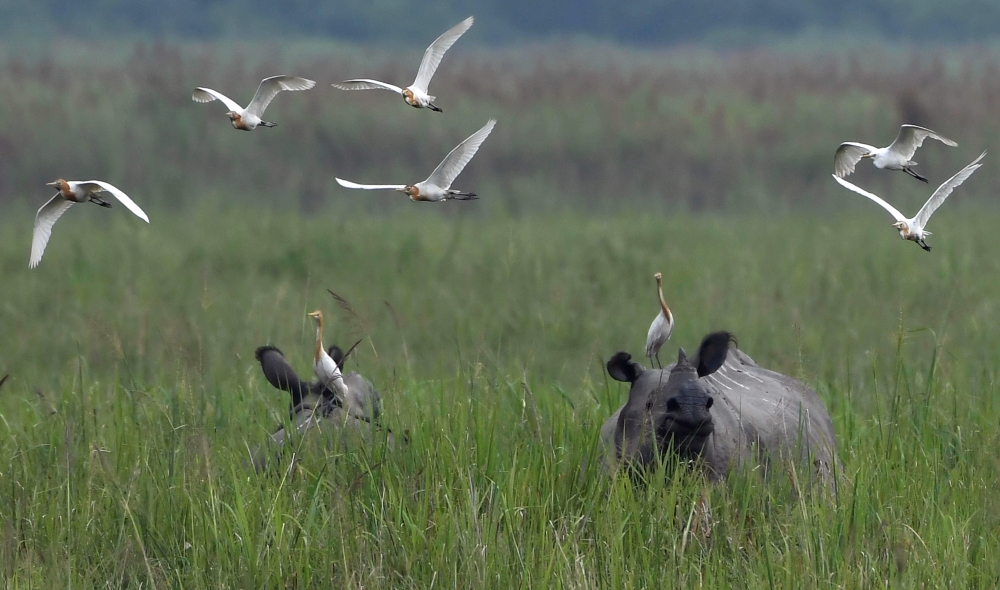 The UNESCO-recognised reserve, home to two-thirds of the world's one-horned rhinos, draws hunters who can earn as much as $150,000 for one horn on a black market serving foreign demand for its use in traditional Chinese medicine.

Three rhinos have been killed so far this year.

And in rainy season, it can be an especially gruelling battle - the grass reaches head-height, providing perfect cover for poachers and flooding forces the animals to move to higher ground, sometimes to the outskirts of the park.

"We are always on our toes in this season. There is hardly any rest for us. Information about poachers entering the park comes anytime and we have to respond immediately," explains ranger Gopi Kanta Deka.

He and his dedicated colleagues - on duty constantly for weeks at a time in this period, sometimes sleeping out in the open - must follow the animals to protect them from harm. 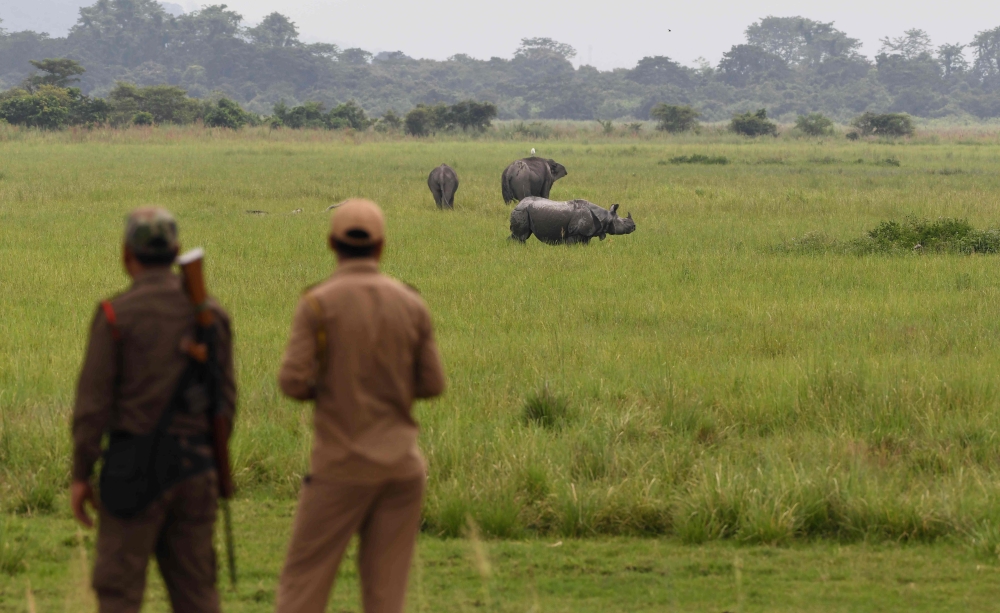 "We walk in groups from one anti-poaching camp to another or paddle boats during high floods to reach those areas from where the information has come in and get to the job quickly," he adds.

The one-horned rhinos used to be widespread in the region but hunting and habitat loss has slashed their numbers to just a few thousand, almost all in the north-eastern state of Assam.

Their main haven now is Kaziranga, with 2,413 of the animals living there, according to a 2018 count.

Although hunting them was outlawed in 1910, poaching has proliferated. 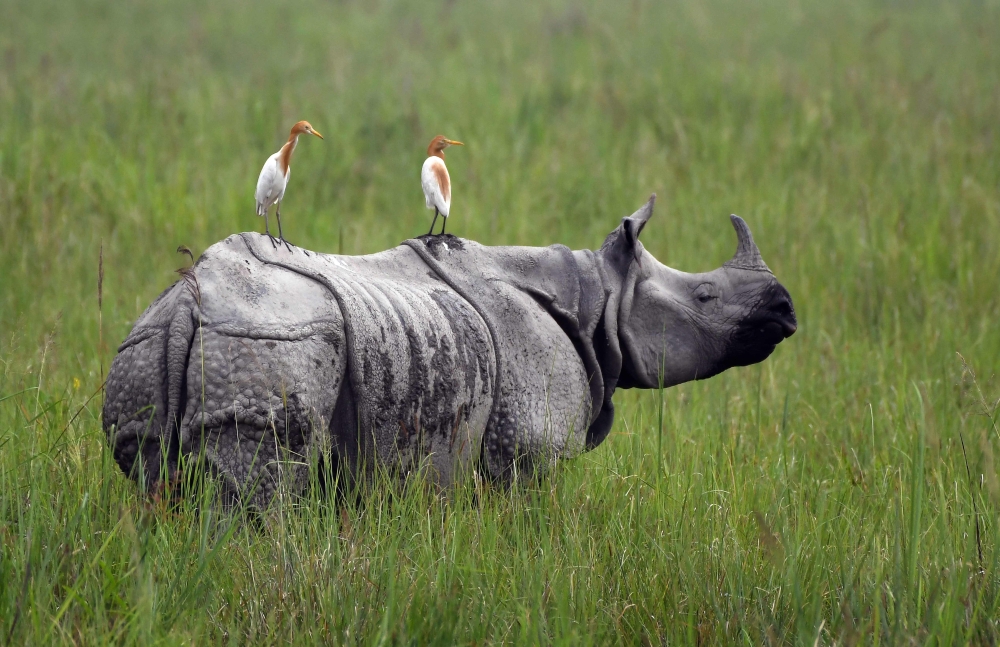 Today the creatures - also known as the Indian rhinoceros and the greater one-horned rhinoceros - are listed as vulnerable on the International Union for Conservation of Nature (IUCN) Red List that assesses species' threat of extinction.

"We really feel bad when something bad like poaching happens to the animals," says ranger Manoj Gogoi.

The 850-square-kilometre (330-square-mile) park, created in 1908 after the wife of the British viceroy visited and complained there were no rhinos, is also home to tigers, elephants and panthers, all under threat from poaching.

But it is the rhinos that are the big draw.

"There is huge demand for the horns and international rackets are pumping in huge amounts of money, prompting poachers sometimes to risk their own lives," wildlife activist Somyadeep Datta warns.

Prized in some forms of traditional Chinese and South East Asian medicine, acolytes believe the horns containing keratin - the same protein in human hair and nails - can cure anything from cancer to curses.

One horn can fetch around $150,000 or around $60,000 per kilo according to media reports, which are huge sums for many in India and the opportunity to make such money often pushes the poor into poaching.

The drop in deaths is also due to the clearance of illegal settlements inside the park, where poachers used to take shelter and as a source of information about the movements of rhinos and rangers alike.

Authorities are also taking the task of protecting them more seriously.

For the first time India is deploying the military to help tackle the challenge. A new 82-member Special Rhino Protection Force (SRPF) is due to be deployed to the park in a bid to help safeguard the animals.

A senior forestry official said soldiers would be armed with AK47 assault rifles.

He added the creation of such a taskforce highlighted the "dedication for the restoration of the biodiversity of Kaziranga National Park".