Indian Prime Minister Narendra Modi led the way for International Yoga Day on Friday, performing sun salutations and other flexible feats in a mass session with an estimated 30,000 other devotees of the discipline.

Yoga Day, observed mostly in India but also worldwide on the Northern Hemisphere's longest day, was Modi's idea. It was adopted unanimously by the UN General Assembly in 2014 and first took place in 2015.

Modi, whose moves in Ranchi in northern India were live-streamed on the internet, this year took to business networking website LinkedIn to extol yoga as a "panacea" for stress and even hate. 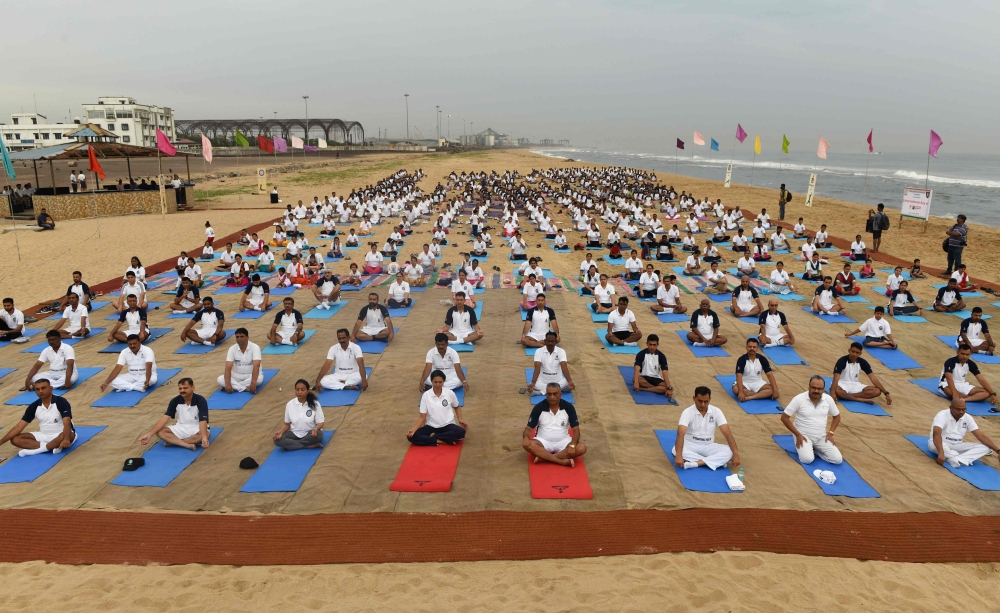 "In a world where ideologies of hate can potentially divide brother from brother, Yoga stands as a unifying force," Modi wrote.

"In a time where health ailments, especially stress-related ailments are rising, Yoga is giving relief and joy."

The theme of this yoga day, the fifth, is "climate action" and Modi said yoga can "foster oneness... with all the flora and fauna with whom we share our beautiful planet".

Elsewhere in India, armed forces personnel were due to practise downward-facing dogs and other poses on an aircraft carrier in Mumbai, while in Mysore a golf course was set to became a mass yoga location. 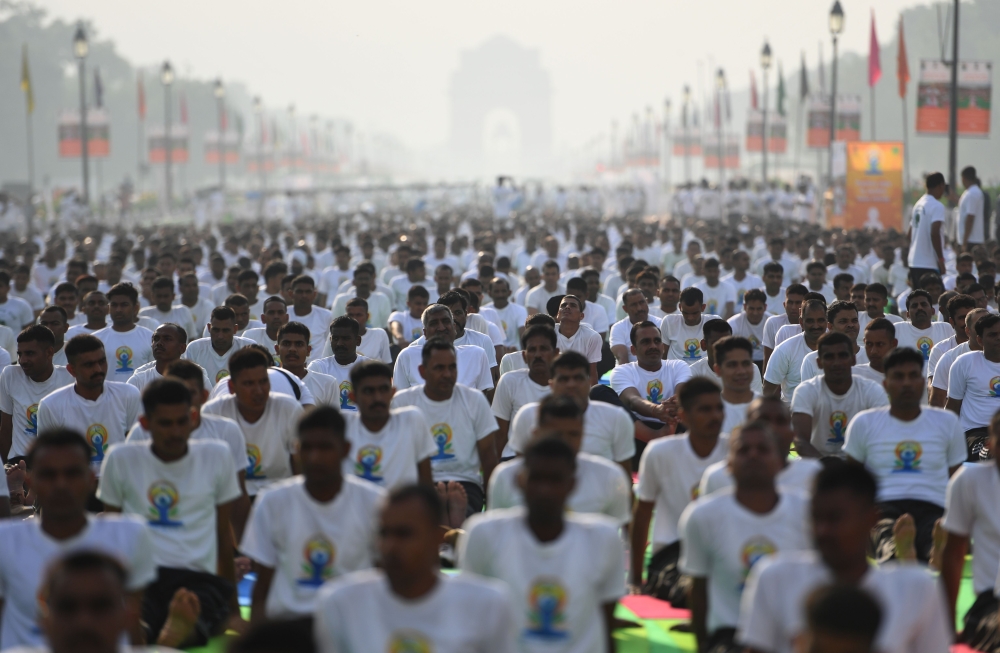 Yoga is an ancient physical, mental and spiritual practice originating in India. The word derives from Sanskrit and means to join or to unite, symbolising the union of body and consciousness, the UN's official Yoga Day website says.

It has boomed in recent decades, with millions - perhaps up to 300 million - practising it regularly, although in the West it is often more of a physical than a spiritual activity.