Lady Gaga donned a 128.54 carat yellow diamond worn by Audrey Hepburn in 'Breakfast At Tiffany's' for the Academy Awards on Sunday.

The 'A Star is Born' actress - who was nominated for Best Actress and won Best Original Song for 'Shallow' - accessorised her black Alexander McQueen outfit with a 141-year-old, 128.54 carat yellow diamond from Tiffany, which was last worn over 50 years ago in a promotional photoshoot for the 1961 movie by the iconic late actress, and the prestigious jewellers were "thrilled" to see it round her neck.

Reed Krakoff, Tiffany & Co. chief artistic officer, said in a statement: "Lady Gaga is the ultimate creator, innovator and rule breaker, and I'm thrilled that she will be wearing the legendary Tiffany Diamond on the awards show red carpet for the first time since it was discovered 141 years ago."

Gaga's stylists, Sandra Amador and Tom Eerebout, based her entire look around her jewellery. 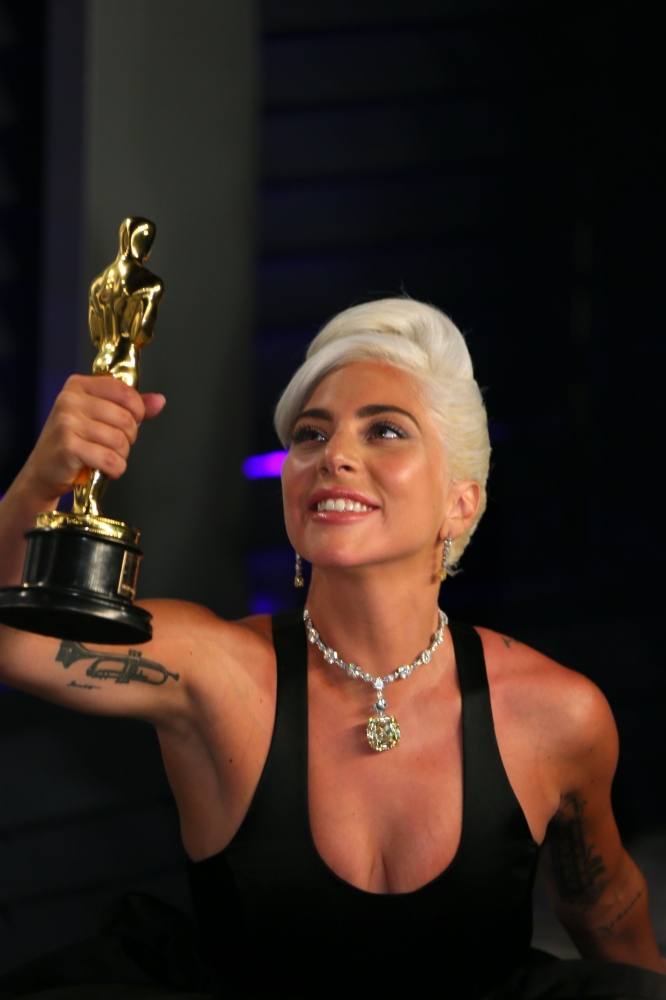 They told Vogue.com: "For the Oscars we turned to designers who we have had a history with and who we consider as family.

"The creative process then really began with the jewellery in mind.

"Diamonds carry so much energy within them - it was special to have one with so much history for a truly magical night."

And the pair were delighted with Gaga's dress, admitting she had stayed away from black throughout the entire awards season to have the most impact at the Oscars.

They said: "Sarah Burton [creative director] did an amazing job at creating a gown that embodies both a classic approach [to fashion] and the avant garde aesthetic of the brand.

"The element of surprise is so powerful - what makes a red carpet exciting is keeping everything unexpected."

While the 'Alejandro' hitmaker's updo and black gloves drew further comparisons with Audrey's most famous movie character, Holly Golightly, the stylists insisted that wasn't their intention. 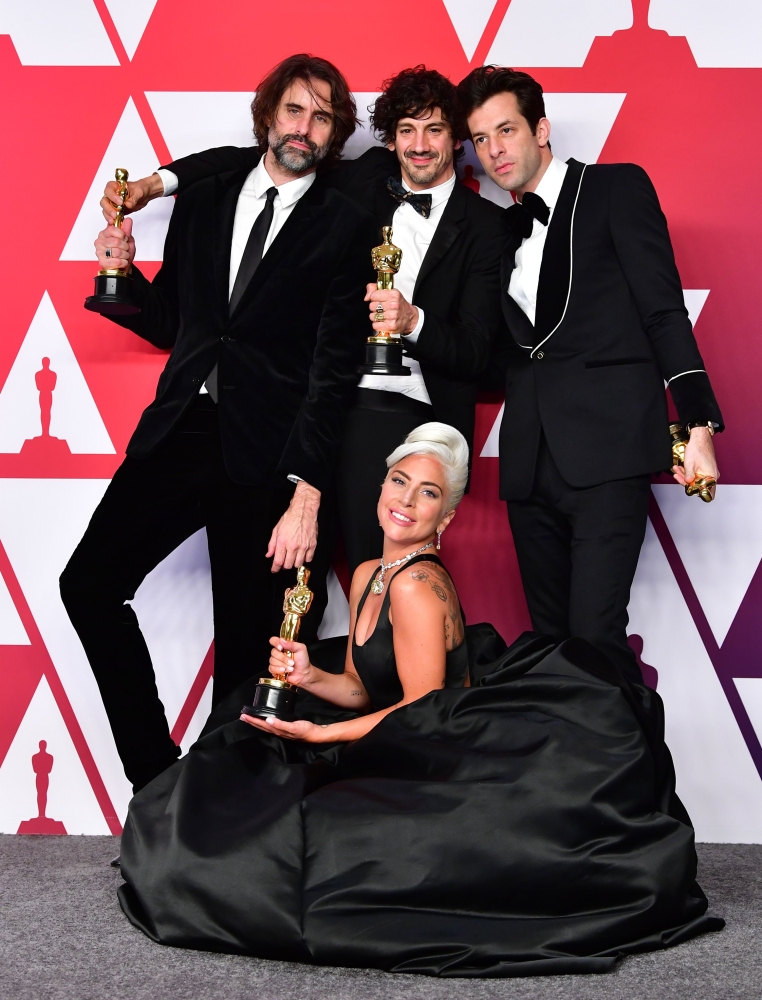 They said: "Lady Gaga is the narrative. We have had so much fun doing such drastically different looks while remaining true to her."