Louvre Abu Dhabi’s fourth international exhibition of the cultural season A World of Exchanges, Photographs 1842 – 1896: An Early Album of the World, explores the development of photography in its first years of existence, in a rare display of some of the earliest images taken by travellers and sailors in the Middle East, Africa, Asia, India and the Americas. Running until 13 July 2019, the exhibition traces the dissemination of photography as a form of presentation and documentation, and an instrument of discovering and understanding the world and its people, through a wide selection of over 250 historic photographs taken between 1842 and 1896.

Mohamed Khalifa Al Mubarak, Chairman of the Department of Culture and Tourism – Abu Dhabi, said: "Louvre Abu Dhabi aims to tell the story of humanity, and photography is one of the most important tools that has contributed to the documentation of the history of the world and its diverse cultures. Photographs 1842 – 1896: An Early Album of the World is yet another testament to how Louvre Abu Dhabi brings the world to our city. The museum’s first-ever photography exhibition complements Abu Dhabi’s colourful cultural landscape by giving visitors the opportunity to travel to new places and explore different regions of the world through the eyes of 19th century travellers." 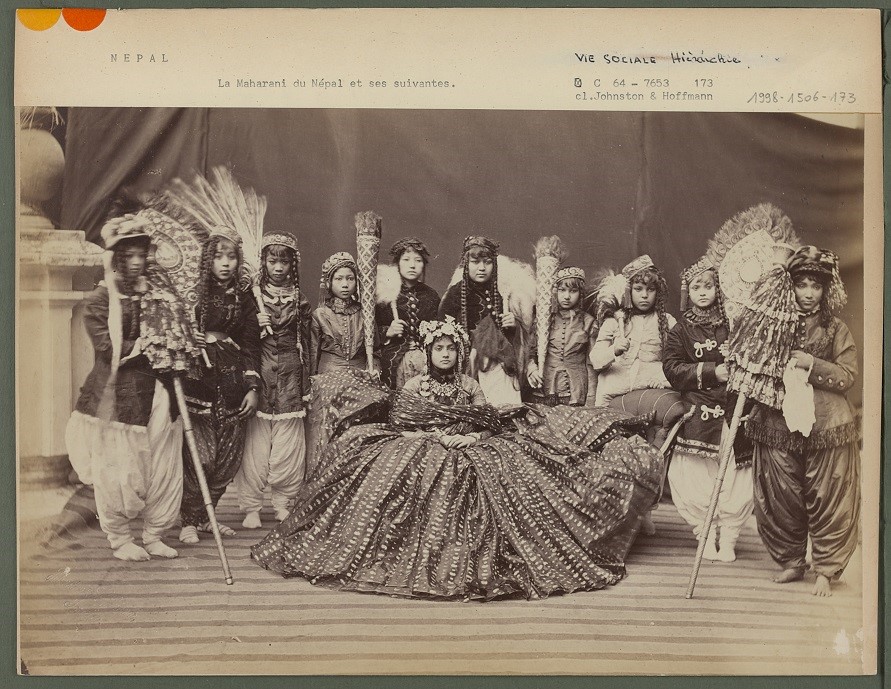 The exhibition displays works by prominent international photographers, including Charles Guillain, a French ship’s captain who took part in a diplomatic voyage down the coast of Africa in 1847-48; Désiré Charnay, an archaeologist who photographed the first pre-Hispanic sites in Mexico; Marc Ferrez, the first Brazilian photographer to receive international recognition; William Ellis, an English missionary who travelled through Madagascar; Lai Afong a Chinese photographer who established one of the early photographic studios in Hong Kong; Kassian Cephas, the first Indonesian to become a professional photographer, and Egyptian military engineer Muhammad Sadiq Bey, who took the first photographs of the Holy Places in Medina and Mecca circa 1881. The exhibition also presents a visual record of Auguste Bartholdi’s voyage to Egypt, Nubia (current day Sudan) and Palestine to photograph the principal monuments. This collection was his first and last interaction with the medium of photography, before he went on to sculpt the Statue of Liberty.

Reflecting on the universal character of the museum, Manuel Rabaté, Director of Louvre Abu Dhabi, stated: "It’s with immense pride that Louvre Abu Dhabi hosts its first photography exhibition as part of our cultural season ‘A World of Exchanges’. Photographs 1842 – 1896: An Early Album of the World explores the evolution of photography as a universal medium and brings together under our dome, the collective stories of these photographers from all over the world. We are in debt to musée du quai Branly – Jacques Chirac, particularly its President Stéphane Martin and the exhibition’s curator Christine Barthe as well as Agence France-Muséums for being instrumental in the organisation of this exhibition and of course our sponsor Bank of Sharjah for their patronage."

Dr. Souraya Noujaim, Scientific, Curatorial & Collections Management Director at Louvre Abu Dhabi added: "Photographs 1842 – 1896: An Early Album of the World is the museum’s first exhibition dedicated solely to the medium of photography. Visitors will be able to discover some of the world’s earliest photographic images from across the world and get to know the stories behind the first photographers from Europe, Asia, Africa and the Americas. This pioneer exhibition shows the dissemination and appropriation of this medium around the world – a technical revolution that changed, for good, the status of the image and the way it was used."

Christine Barthe, Head of the Photographic Collections Heritage Unit at the musée du quai Branly – Jacques Chirac and curator of the exhibition, said: The exhibition Photographs 1842 – 1896: An Early Album of the World was born from a desire to present, in Abu Dhabi, some of the earliest photographic images recorded on earth. To meet this challenge, we had to shift focus and lead extensive research to look towards the new horizons of the birth of photography outside Europe and the United States. This exhibition offers, for the first time, a global history of the first steps of photography, whose development in South America, Africa, the Middle East and Asia reveals a fascinating play of difference and similarity. The exhibition will immerse visitors into a set of images of great beauty, fascinating stories and discoveries. I believe it will be full of surprises for visitors, who will not only discover the first evidences of the visual mapping of the world, but also question our fascination and our current dependence on photographic images."

Alongside the exhibition, Louvre Abu Dhabi will host a range of educational and cultural activities around the theme of photography, including workshops, four film screenings, a conference and a cine-concert entitled In the Land of the Head Hunters, after the name of the movie directed by American photographer and ethnologist Edward S. Curtis on 25 and 26 of April. In this unique live concert, French musician Rodolphe Burger performs his musical interpretation of one of the most beautiful silent-movies ever made. Mixing electronic and Native American music, Burger improvises the score for this rare 1914 movie masterpiece, a Native American version of Romeo and Juliet, where love leads to war and murder.