The beauty pageant-mad Philippines welcomed home freshly crowned Miss Universe Catriona Gray on Thursday with a parade through the capital that drew thousands of screeching fans held back by police. 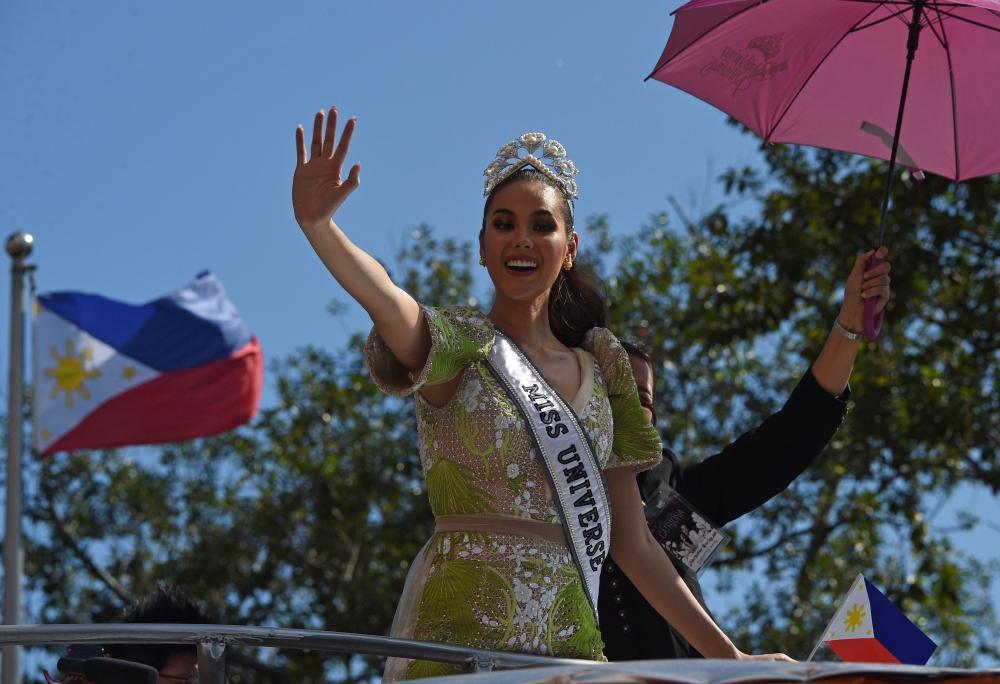 The 25-year-old danced, smiled and waved a tiny Philippine flag from atop a float, shielded from the pounding tropical sun by attendants holding pink umbrellas as some in the crowd scaled utility poles to catch a glimpse.

Manila's already notorious gridlock was brought to a complete stop by a police motorcycle escort that blocked roads as confetti canons sprayed the crowd, which was pushed back by officers.

"I was overwhelmed when I saw her and she looked at me!" said Ednor Yaunbaes, 22, as he waved a pink flag. "At least I can say that before I die, I already saw a Miss Universe."

Beauty pageants are must-view spectacles in the nation of 106 million people, and winners of global titles are treated like heroines.

Gray - a student of music theory - beat more than 90 contestants from around the globe in the 67th instalment of Miss Universe, which was held in the Thai capital in December.

Social media exploded with clips of fans jumping for joy and hugging each other as the Filipina contestant went through each successive round and eventually won.

Gray works at a non-government outfit that provides free education for children at a Manila.

Gray, whose father is Australian, was the fourth Filipina winner of the prestigious beauty pageant, and the second since Pia Wurtzbach in 2015.

"To come back here as Miss Universe 2018, it was such a fast journey. I want to scream!" Gray told reporters on Wednesday.

"It brings me so much pride and honour to be able to bring so much joy to my country of the Philippines." 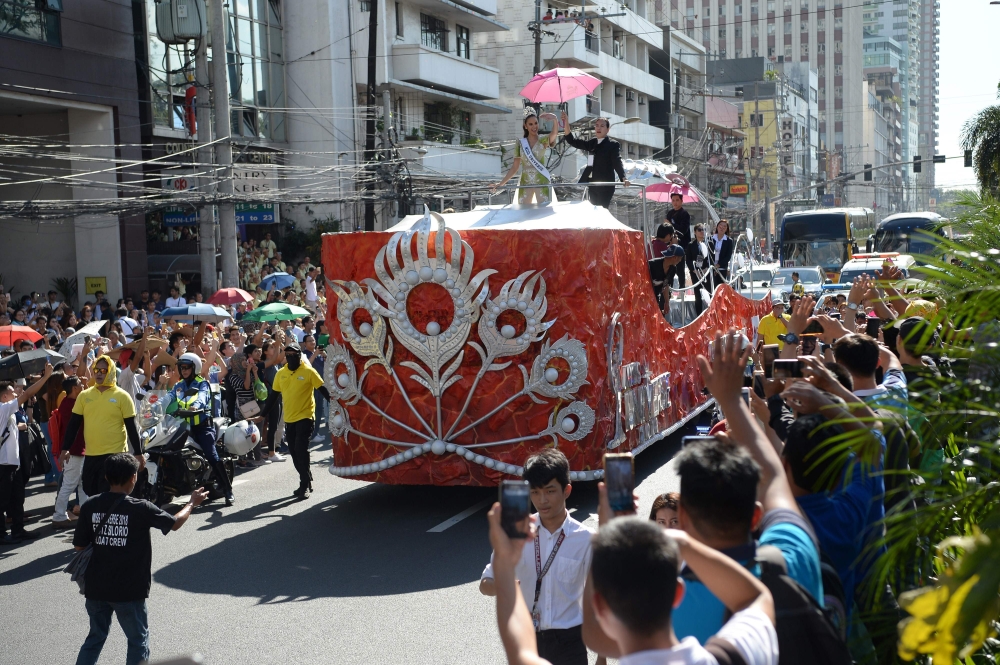