A stranger's comment on one's growing stomach may not always be welcome but a pregnant Meghan, Britain's Duchess of Sussex, took it all in her stride on Wednesday when a pensioner called her "a fat lady".

Prince Harry's wife, who told well-wishers this week she is six months pregnant, laughed off the remark, meant as a compliment about her growing baby bump.

On a visit to animal welfare charity Mayhew, of which she is patron, Meghan was being introduced to pensioners who have benefited from the organisation's animal therapy programme when an elderly woman named Peggy took a more casual approach to speaking to a member of the royal family.

"Lovely lady, you are, may the good Lord always bless you," Peggy told the duchess. "And you're a fat lady," she added, smiling and looking at Meghan's tummy.

"I'll take it," Meghan replied, laughing along with others.

Meghan said last week she would become patron of Mayhew and three organisations dedicated to causes close to her. On her first visit to the charity as patron, she met beneficiaries, staff and several dogs, some of which she held in her arms. 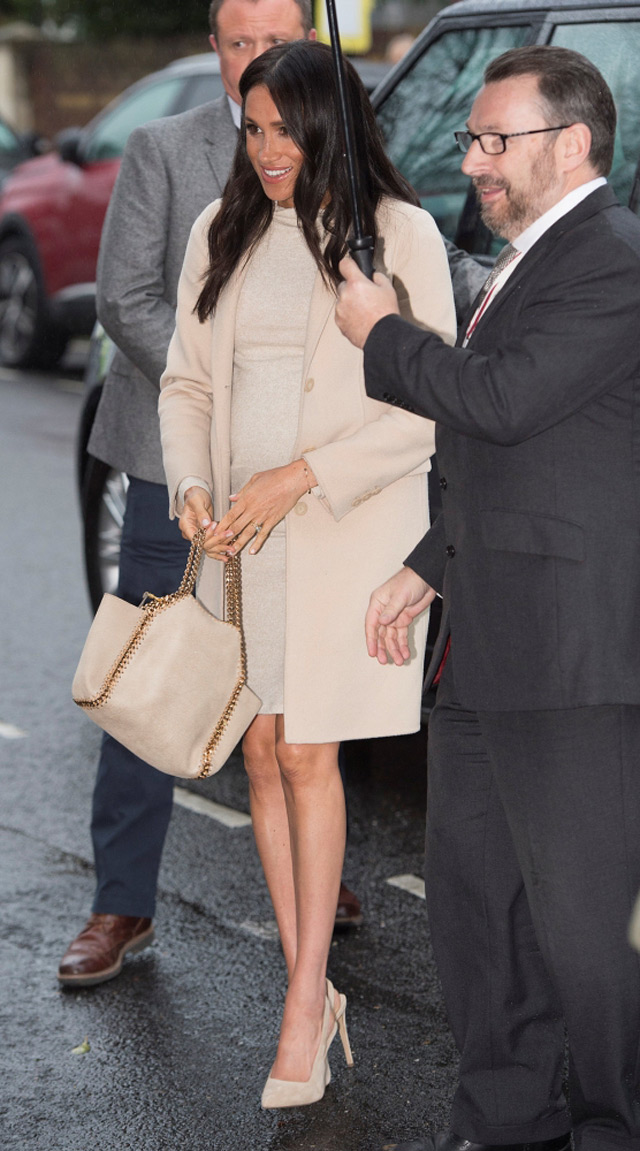 The 37-year-old also planned to attend the premiere of Cirque du Soleil's "Totem" show on Wednesday evening, an event aimed at raising awareness and funds for Harry's Sentebale charity.

Prince Harry and Meghan, Duchess of Sussex attend the premiere of Cirque du Soleil's 'Totem' at the Royal Albert Hall in London. 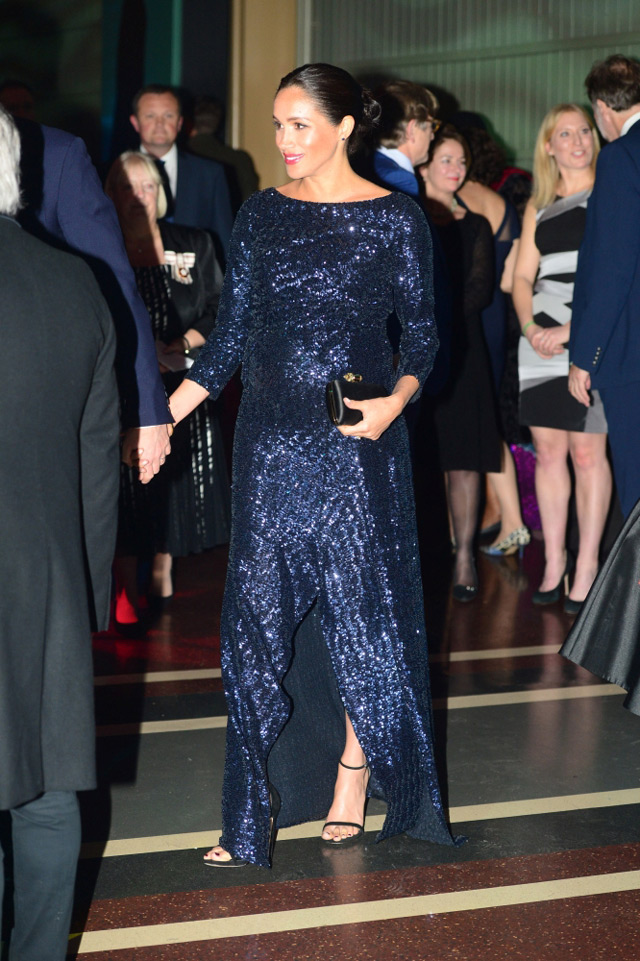