As the UAE dirham completes its 44th year on May 19, the currency celebrates its unified form representing the seven emirates after undergoing several transformations.

The 1973 born banknotes began their journey in denominations of 1, 5, 10, 50 and 100, displaying the watermark of an Arabian horse – which was later changed to falcon, the national bird of UAE. 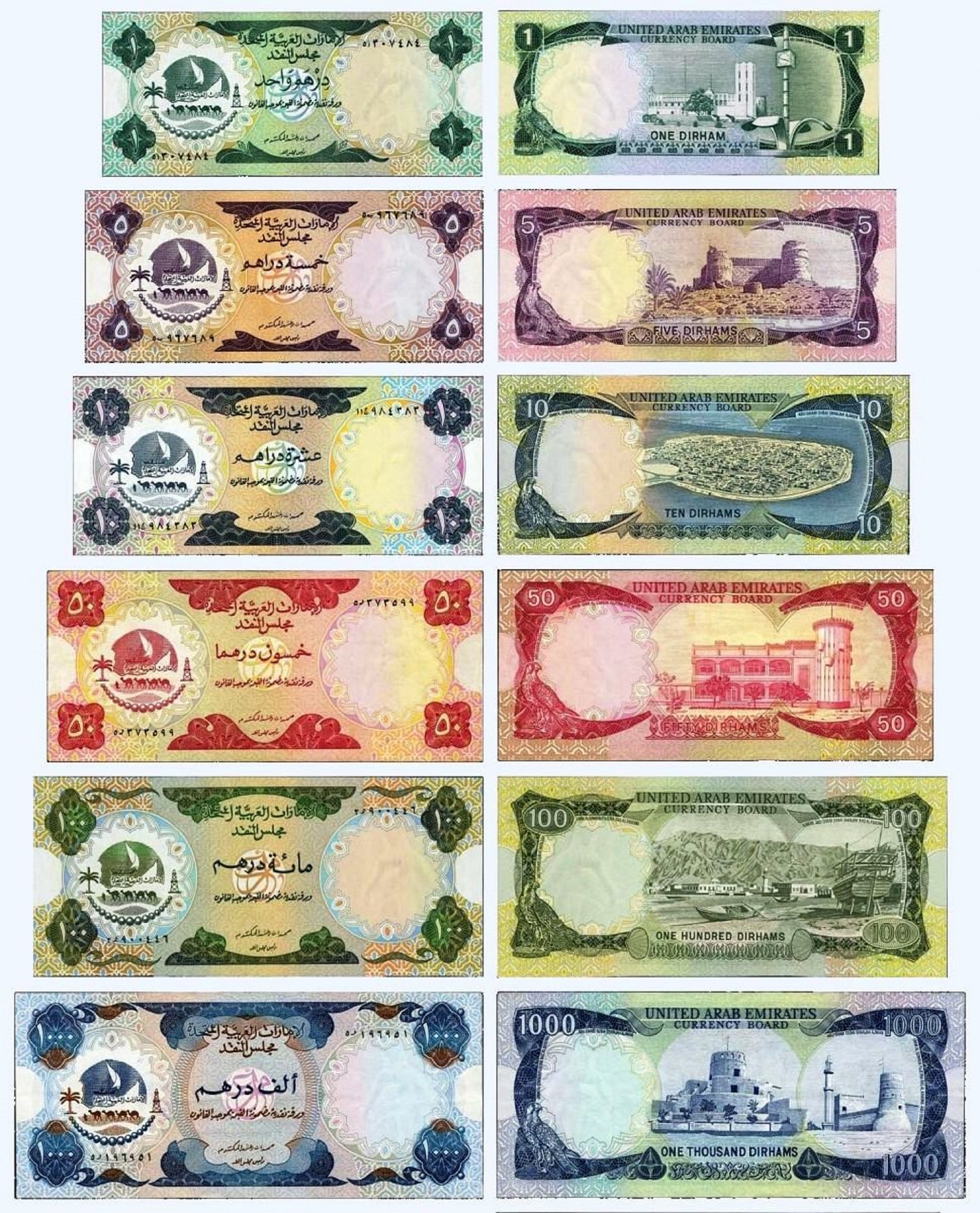 The date also marks the formation of the UAE Currency Board, which issued the new notes bearing various local environmental landmarks and geographical boundaries of the UAE.

“The very first denominations were imprinted with landmarks that represented each emirate separately with the name of emirate on the bank note,” said Ram Kumar, Founder of Numisbing, a Dubai-based numismatics company, and President of International Bank Note Society, Dubai Chapter.

He continued: “For example, Dh1 carried the picture of the Clock Tower and Police Fort in Sharjah, while Dh5 note had Fujairah’s Old Fort on it. The Dh10 note showed an aerial view of Umm Al Quwain and the Dh50 note displayed the palace of HH Ruler of Ajman.

"The Dh100 was imprinted with a picture of Al Rams area in Ras Al Khaimah. Representations from Dubai and Abu Dhabi were introduced with Dh1000 notes in 1976, which featured Al Jahilie Fort of Abu Dhabi and an old fort of Dubai.”

At the back of all the denominations, the names of the seven emirates were also removed and new notes with different designs and colours were introduced.

“Today, the old notes are collectables and many locals and expats who have been living in the UAE for a longer time have preserved them as a part of the country's history. A used set of UAE first issue notes from 1 to 100 Dirhams are available at different antique shops including Numisbing. Generally speaking, the prices begin at Dh1500 and the starting price of first Dh1000 note would be from Dh4000”.

Prior to the introduction of UAE dirham, the region used several currencies including the Indian rupee, the Gulf rupee, the Qatari riyal, Dubai riyal and Bahraini dinar (used in Abu Dhabi) during different phases.