21 dead, 71 burned in fire at illegal tap on Mexico pipeline

A huge fire exploded at a pipeline leaking fuel in central Mexico on Friday, killing at least 21 people and badly burning 71 others as locals were collecting the spilling gasoline in buckets and garbage cans, officials said. 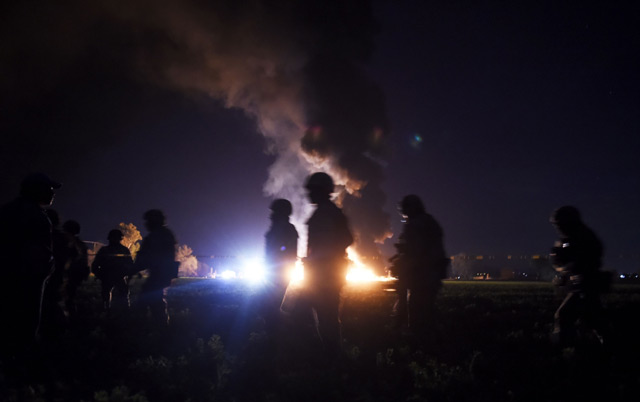 The leak was caused by an illegal tap that fuel thieves had drilled into the pipeline in a small town in the state of Hidalgo, about 62 miles (100 kilometers) north of Mexico City, according to state oil company Petroleos Mexicanos, or Pemex.

Video footage showed dozens of residents near the town of Tlahuelilpan gathered to collect spilled fuel in buckets, garbage cans and other vessels. It appeared an almost festive atmosphere as whole families gathered in a field as a geyser of fuel spouted dozens of feet into the air from the tap.

Footage then showed flames shooting high into the air against a night sky and the pipeline ablaze. Screams could be heard. 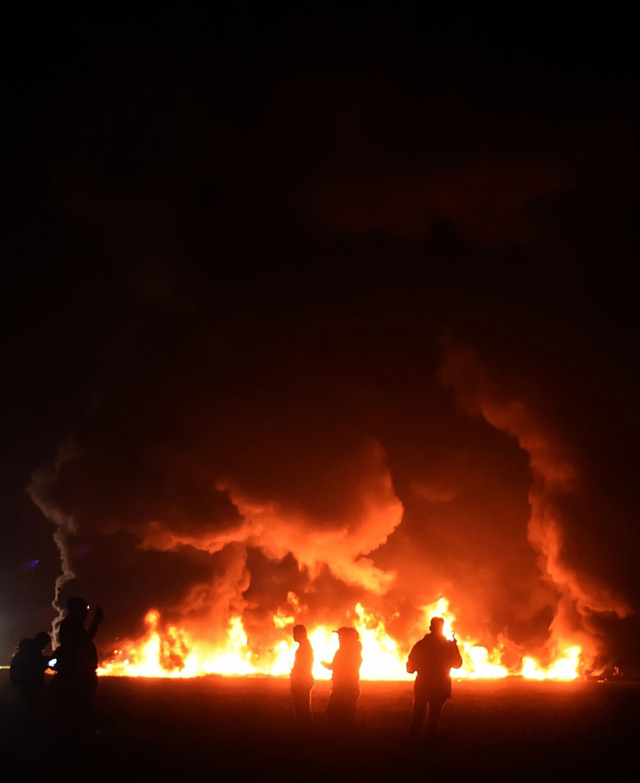 Hidalgo Gov. Omar Fayad said 21 people were killed immediately and 71 suffered burns in the blast at the duct that carries fuel –apparently gasoline — from the Gulf coast to Tula, a city just north of Mexico City.

“Caring for the wounded is our top priority,” Fayad said.

Pemex attributed the blaze to “the manipulation of an illegal tap.”

President Andres Manuel Lopez Obrador has declared an offensive against fuel theft and the blast will further focus attention on the $3 billion per-year illegal industry. 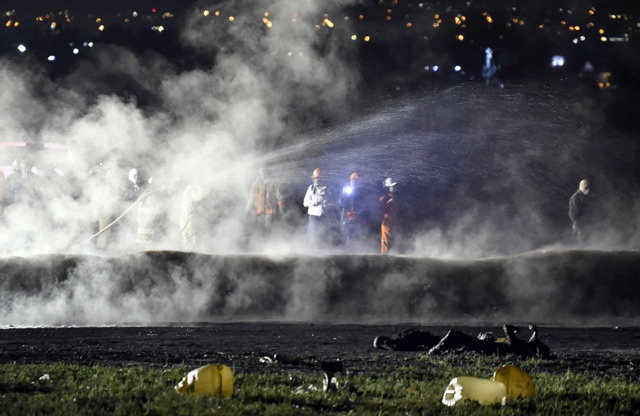 Graphic content / The body of burned person is seen at the scene of a massive blaze trigerred by a leaky pipeline in Tlahuelilpan, Hidalgo.

“I greatly lament the grave situation Tlahuelilpan is suffering because of the explosion of the duct,” Lopez Obrador tweeted. He called on all branches of government to assist the victims.

“There was a report that residents were on the scene trying to obtain fuel,” according to a police report. Two hours later, the pipeline burst into flames.

And another pipeline burst into flames in the neighboring state of Queretaro, because of another illegal tap. Pemex said the fire near the city of San Juan del Rio “is in an unpopulated area and there is no risk to human beings.”

It is not the first time such an accidents have occurred.

In December 2010, authorities blamed oil thieves for a pipeline explosion in a central Mexico near the capital that killed 28 people, including 13 children.

Lopez Obrador launched an offensive against fuel theft after taking office Dec. 1. Thieves drilled about 12,581 illegal taps in the first 10 months of 2018 and the country has deployed 3,200 marines to guard pipelines and refineries.

The new administration has also shut down pipelines to detect and deter illegal taps, relying more on delivering fuel by tanker truck. But there aren’t enough trucks, and long lines at gas stations have plagued several states.

However, fuel theft gangs have been able to win the loyalty of whole neighborhoods, using free gas and getting local residents to act as lookouts and confront military patrols carrying out raids against the thefts.

It is unclear whether Friday’s tragedy would turn the tide of opinion against the gangs in the impoverished villages that lie above the underground pipelines.

“I am calling on the entire population not to be accomplices to fuel theft,” Fayad wrote. “What happened today in Tlahuelilpan must never happen again.”