Australia’s new leader hopes to be best mates with Jokowi

Australia’s new prime minister said he wants to be best mates with his Indonesian counterpart and deepen the lagging economic relationship between the two countries.

He said they would sign an agreement by the end of the year that aims to boost trade and investment.

Morrison said he hopes his relationship with Jokowi will be as good as that enjoyed by Turnbull.

“Today we began a friendship between each of us as important as the one you share with my predecessor Malcolm Turnbull and one I look forward to developing and growing,” Morrison said at a joint news conference.

Indonesia and Australia are neighbors but their economic and trading relationship is not well developed. 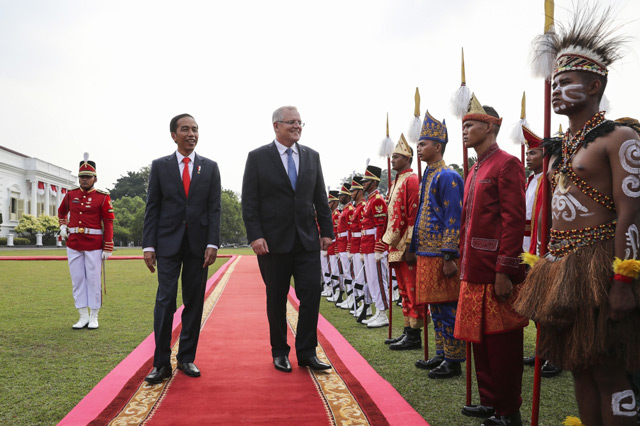 It would allow Australian universities to expand in Indonesia with majority ownership of campuses they set up, Lukita said.

Indonesia, with a population of more than 260 million people, has a burgeoning youth population but needs to overhaul its education system so the country isn’t left behind in the region and globally.