A baby born near the Gulf Coast after Hurricane Michael spent his first night outside a hospital in a Walmart parking lot because no better shelter was available. 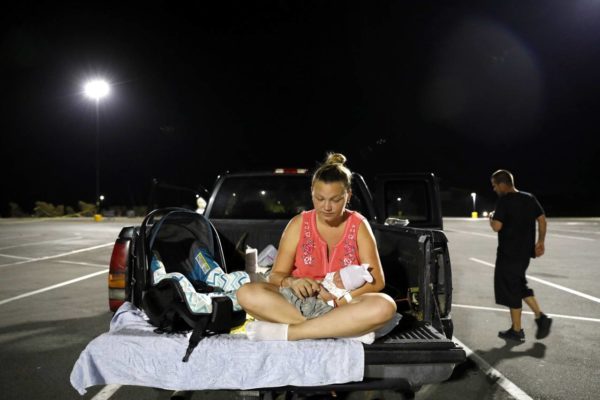 Wilmer Capps says he and wife Lorrainda Smith had no choice, but to camp out at the store the night their son Luke was released from an Alabama hospital because their home in Panama City, Florida, was badly damaged by the storm.

While their apartment was soggy and full of mosquitoes, he says, the parking lot at least had a cool breeze.

They’ve since stayed in a hotel room provided by donors. Capps was upset at first by his family’s plight, but now says he’s thankful for the assistance they’ve received. Mother and baby Luke are doing fine.