Anatoly Rubtsov looked despondently at the beehives lining his property. "The farm used to be loud, it sang," he said. Today just a faint buzz is audible but an overpowering rotting stench hung in the air after his bees were likely poisoned by a pesticide. 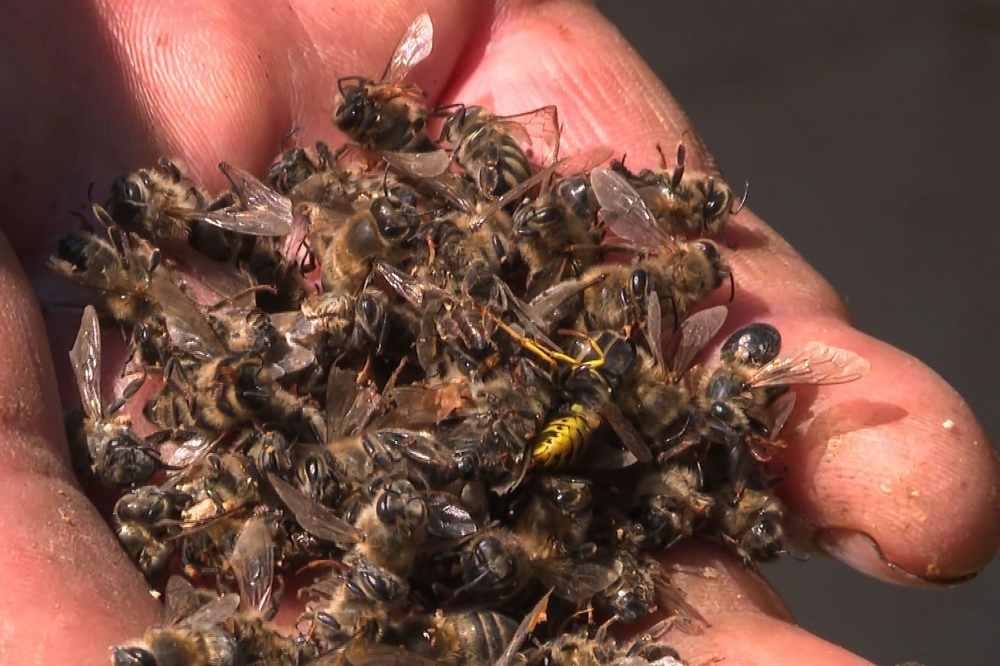 Rubtsov, who keeps a large honeybee farm on the edge of a small village in the Tula region south of Moscow, is one of hundreds of beekeepers across Russia to report mass bee deaths that have robbed them of their livelihood.

Eighty-two bee colonies - almost the entire farm - have died since early July, and the survivors will unlikely make it through the winter, he said.

That is over three million dead bees and Rubtsov estimated his losses at 1.6 million rubles ($25,000).

All the bees in the vicinity have met the same fate.

People around Bobrovka are certain that the culprit is a local company growing rapeseed, a cash crop with yellow flowers used for cooking oil, cattle feed, and biofuel, that treated its fields with insecticides on July 4.

Viktor Morozov, another beekeeper who kept hives in a nearby forest, filmed empty pesticide containers lying on the ground alongside the rapeseed fields, but said the workers denied using a strong insecticide that contains fipronil.

A lab in Moscow eventually confirmed the presence on the rapeseed plants of fipronil, which is legal in Russia provided certain precautions are taken but banned in the EU.

"They broke all the rules possible" regarding spraying, said Rubtsov.

NT Agri, the accused company, denied that it broke any rules. "We followed all instructions," said its director Irina Trubitsina.

"Flowering rapeseed is a big attraction for the bees, so it was like an ambush," said Rubtsov. 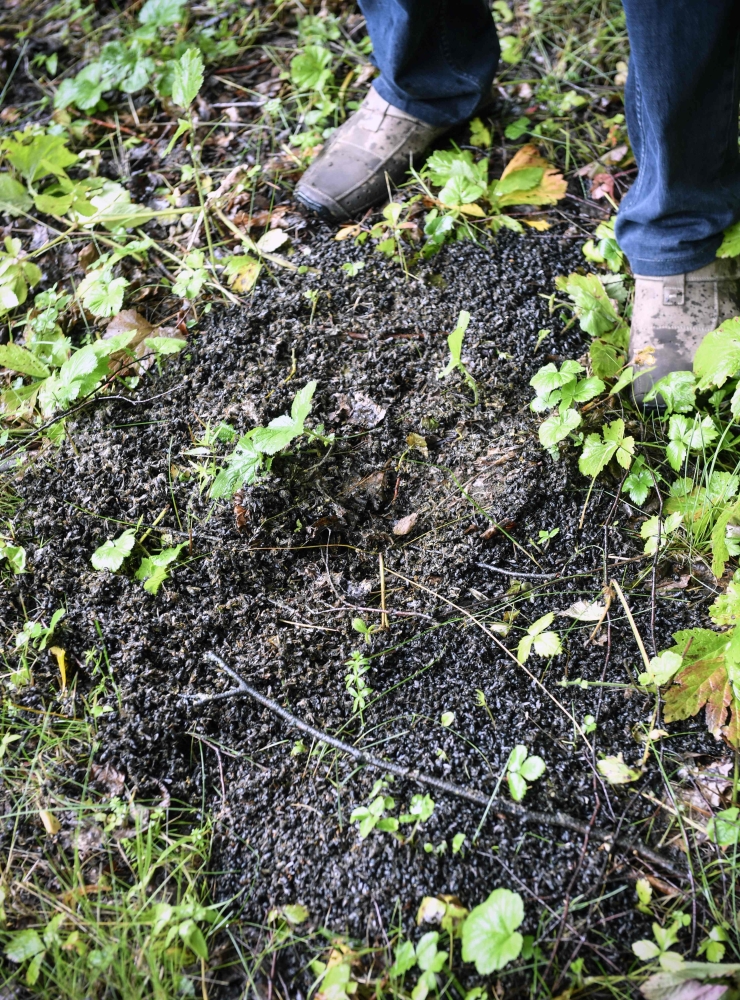 Worker bees gathered the toxic nectar and brought it to the hive, where even bees born days later were poisoned.

"They are the living dead," he said, peering at the bees crawling chaotically on the bottom of one hive, unable to fly. "The whole farm is doomed."

Russia's agriculture watchdog confirmed the bee deaths were caused by uncontrolled use of insecticides and acknowledged that their use is not being monitored closely.

"The volumes of pesticides being used and their quality aren't checked by the government," spokeswoman Yulia Melano told Russian news agencies.

Fipronil had been used widely in the European Union before a 2017 scandal when it was found in Dutch eggs after being used illegally to treat chicken stables.

Studies have shown that the neurotoxin fipronil, along with so-called neonicotinoid substances used in other pesticides, can cause bee colonies to collapse and harm other insects such as butterflies, as well as worms and fish.

The EU banned the use of fipronil and most neonicotinoids on outdoor crops in 2017 and 2018, respectively.

In Russia, they are still allowed: fipronil can be sprayed on potatoes, grains and pastures - but only at night in non-windy weather, with bees kept away for several days.

Those requirements were ignored by farmers growing rapeseed in the Tula region, beekepers told AFP.

They are bitter that Europe makes environmentally-friendly biodiesel from Russian rapeseed grown with pesticides that the EU has banned for use at home.

"The pesticides banned in Europe have all been dumped here in Russia," Morozov said angrily. "Somebody has to take responsibility."

Rapeseed cultivation has doubled in Russia over the past decade with most of the processed oil exported abroad.

"Rapeseed has taken over the whole region," said Morozov, who lost 50 bee colonies in July - the worst catastrophe in his 40 years as a beekeeper.

But rapeseed is a delicate crop and experts say farmers are tempted to take more radical steps as pests become resistent to certain chemicals.

Not only is use of pesticides not monitored, she noted, but nobody coordinates between beekeepers and farmers about their use.

Brandorf said Russia is beginning to experience the same bee crisis as other parts of the world - one that has alarmed scientists and constitutes a threat to our food supply - and has already forced some Chinese farmers to pollinate crops by hand.

Tula is just one of 30 Russian regions that have experienced large-scale bee deaths this summer, according to the country's beekeeping association.

The agriculture ministry said the deaths inflicted "considerable damage" on beekeeping nationwide. It estimated that about 300,000 colonies have perished, out of a total of about 3.3 million.

This has taken a toll on beekeepers, with Rubtsov saying several of his colleagues have had heart attacks from the stress.

Some are fighting for compensation, but even when they have evidence they face a long, often uphill battle in Russian courts. Many others haven't bothered.

Brandorf believes that following the loss of their hives many beekeepers will simply quit, as with no government support, the profession is becoming unprofitable.

"It's becoming easier to just close bee farms," she said.