A California couple have filed a lawsuit over what has been described as one of the worst IVF mix-ups, that led to another woman giving birth to their baby boy.

Anni and Ashot Manukyan, of the Los Angeles suburb of Glendale, said their life was upended after their embryos as well as those of two other couples were mishandled by CHA Fertility Center.

As a result, they said a complete stranger in New York gave birth to their child in March after two embryos - theirs and one belonging to another unidentified couple - were mistakenly implanted into the woman's uterus.

The New York woman, who is of Korean-American descent, was expecting to give birth to twin girls but wound end up with two boys.

The Manukyans told reporters on Wednesday that they were unaware they had a son until the clinic, located in the Los Angeles area, contacted them out of the blue to obtain their DNA so that it could determine whether the child born to the New York couple was theirs. 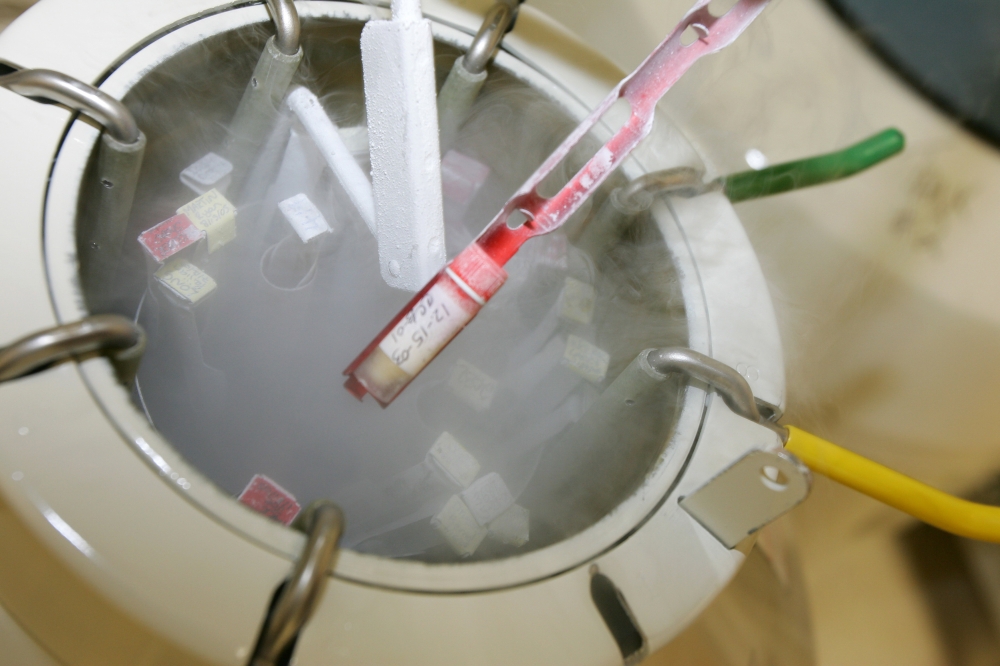 Adding insult to injury, Anni later learned that she had been implanted with an embryo - which failed to result in a pregnancy - belonging to another couple who were also clients of the fertility clinic.

The Manukyans said that following a protracted legal battle they finally gained custody of their son in May, when he was six weeks old.

"CHA put three families through a living hell, and our lives will never be the same," Ashot Manukyan told reporters. "We fought to get our boy back, and now we will fight to make sure this never happens again."

His wife appeared emotional at the press conference, saying the ordeal has been traumatic.

"Who wants to meet their child in the lobby of a hotel?" Anni Manukyan said. "It was just heartbreaking. It was terrible."

Adam Wolf, an attorney representing the couple, told AFP that the mix-up was "one of the worst fertility center tragedies I have ever seen."

"My firm represents hundreds of people who have been the victims of fertility center misconduct and yet I have never seen anything like this," he said. "Anni and Ashot have been devastated that they didn't get to bring their child into the world, hold their son in the first moments of his life.

"This is a fertility clinic that cannot be trusted."

A woman who answered the phone at the clinic on Wednesday afternoon said the facility had shut down early for the day and no representatives were available for comment.

The New York couple involved in the mix-up have also filed suit in federal court in Brooklyn, seeking compensation after suffering what they say are "significant and permanent emotional injuries from which they will not recover."

The pair, who are only identified by their initials in the court documents, began in-vitro fertilization treatment at the CHA Fertility Center in January 2018.

Eight embryos were created on their behalf.

A first implantation in July 2018 was unsuccessful, but a second effort the following month worked, and the woman became pregnant with what she believed to be twin girls.

But doubts arose after the first sonograms, which showed the fetuses were boys. The couple were confused, as only one of the eight embryos was male.

Doctors at the clinic "assured them they were girls and that there was nothing wrong," according to the court complaint.

After the babies were born, the clinic tracked down the Manukyans and the parents of the other baby who have also taken custody of their child.

Wolf said his clients still have no idea whose embryos CHA inserted into Anni's uterus.

"They have been unwilling to tell us how this happened," he said.