Canada residents split: to move or not after two floods in two years

Michelle Lorrain climbs into a canoe and paddles down a flooded street to check in on her parents desperately trying to save their "dream home" from rising waters in Canada's capital region - the second time in two years.

"We're all discouraged and ready to give up," she told AFP, holding back tears as waters creeped from the nearby Gatineau and Ottawa Rivers.

Her father, she said, cried when she last saw him a day earlier. He'd just finished renovating his basement and it was now water-damaged. 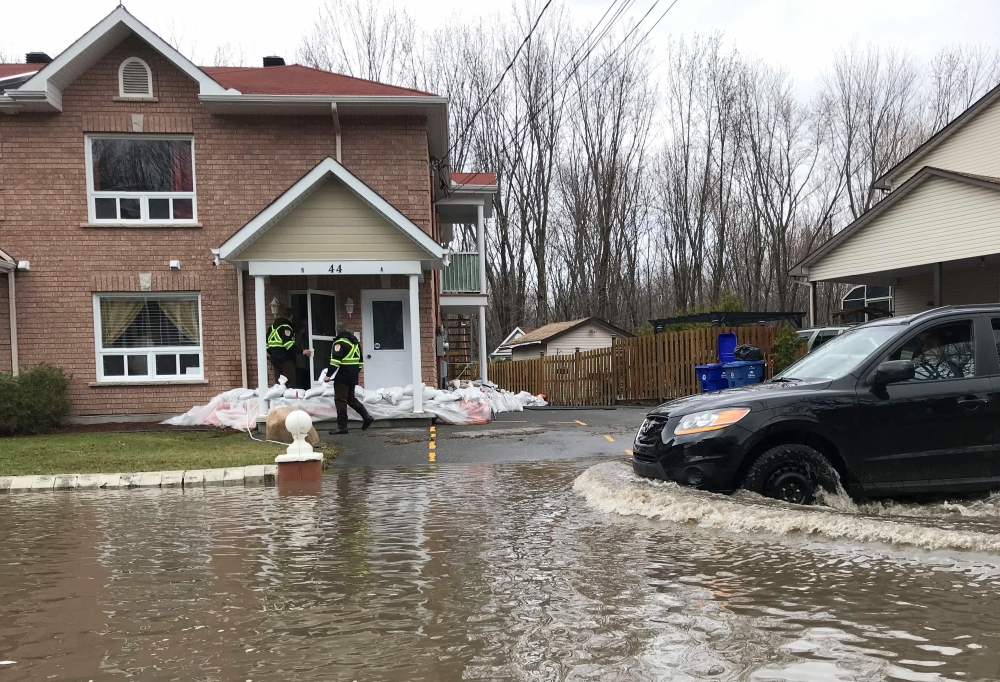 "This is his dream house," she said, pointing to a modest two-story house in the distance shored up by sand bags and surrounded by flood waters, adding that neighbors in this part of Gatineau, Quebec "are all in the same boat."

A few blocks over, Gilles Raymond in hip waders surveilled the flooding.

"It's nerve-wracking," he said. If his water pump fails, his home will be lost. But he's optimistic that everyone is better prepared this time. 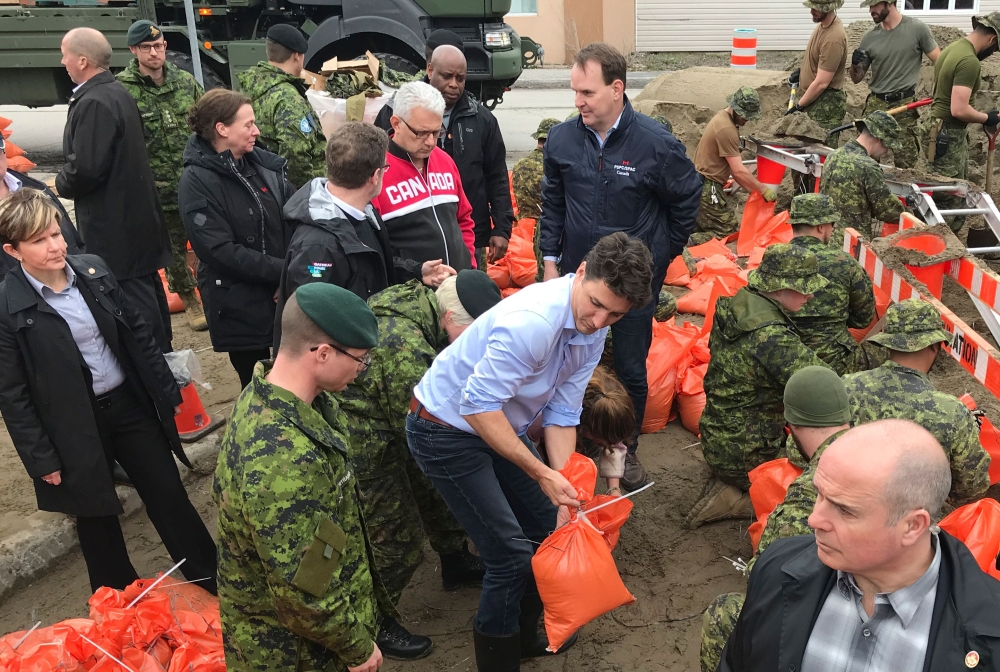 Homes lost now, however, could be gone forever.

There is mounting pressure, led by Quebec Premier Francois Legault, to not rebuild those at risk of repeat flooding.

Twenty-three homes damaged in 2017 in the neighborhood have already been demolished.

His sister lives further up the street.

"When she saw the vacant lots (where homes were demolished) she started crying, it was very emotional, we grew up with these people and now they're just gone."

Jocelyn Laplante, checking on his parents, said they have lived in their house for more than 50 years and "they hope to continue to until they die."

The biologist is of the opinion that damaged homes in flood plains shouldn't be rebuilt, but acknowledges that it is a hard sell for many.

"It make sense," he said, "to give the land back to Nature especially if it's going to be flooded year after year."

"Trying to keep waters from overwhelming dykes is exhausting - both physically and morally," he said.

"But people are very attached to their homes. They're working day and night to save them."

It's a picturesque single-family residential neighborhood with thick woods all around and a river view.

An official report published earlier this month said Canada is warming at twice the rate of other countries, bringing a higher risk of extreme weather events, including wildfires and floods.

"We want a solution that is long lasting. But that will take more discussions and hard decisions," he said.

More than 300 local residents have asked the municipality for help; 80 are staying in emergency shelters.

Soldiers have been helping fill sandbags. Even Prime Minister Justin Trudeau and his wife Sophie dropped by to help.

"Unfortunately, we are once again in a flood situation here in Quebec," Trudeau commented.

"Across the country we know that with climate change, it will happen more and more often," he said.

Close to 1,000 troops have been deployed in Quebec to prevent a recurrence of the devastating floods of 2017, the worst in half a century.

From the Muskoka region of Ontario, north of Toronto, to the Saint John River in New Brunswick, through the St. Lawrence River and its tributaries in southern Quebec, all of Eastern Canada has been hit by spring floods in recent days due to heavy rains and snowmelt.

Across Quebec, the epicenter, 1,889 homes have been flooded and 515 people were evacuated, according to official figures. To date, there has been only one flood-related death.

Rivers are expected to crest at the end of the week.