Death toll in landslides, floods in Philippines climbs to 122

The death toll from landslides and floods in the eastern Philippines has climbed to 122 as emergency teams reach isolated areas and recover more bodies, officials said Thursday.

According to the Deutsche Presse-Agentur, DPA, quoted civil defence and disaster risk reduction officials as saying that nearly 30 people were still reported missing in the affected areas in the eastern regions of Bicol and Eastern Visayas.

The tropical depression was the last and deadliest cyclone to hit the Philippines in 2018. Previously, Typhoon Mangkhut was considered the deadliest, killing more than 80 people in September. 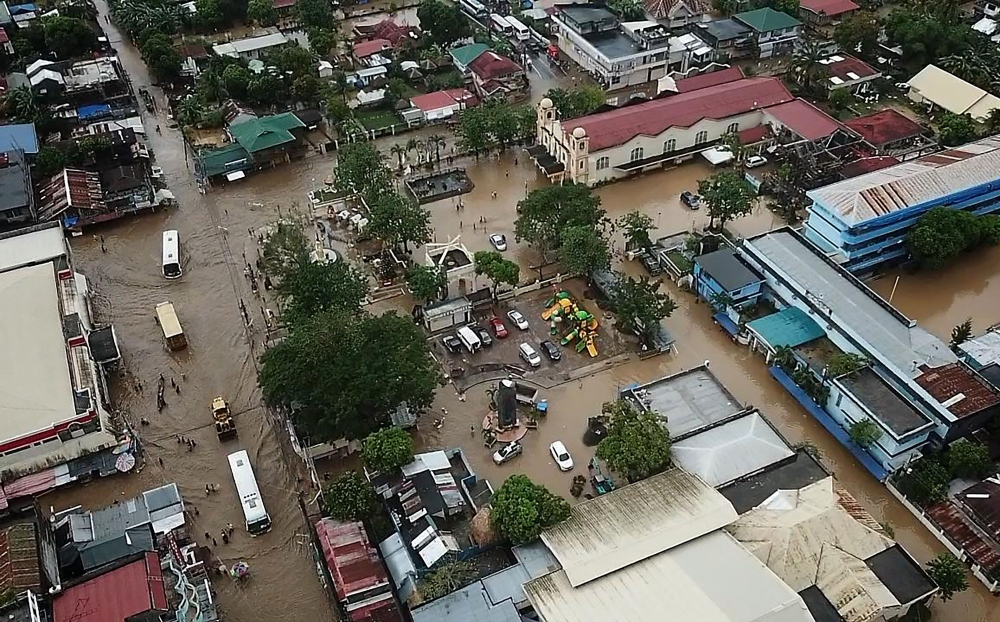 Nearly 25,000 people were displaced by the landslides and floods, the national disaster risk reduction office said.

"Each year the Philippines is hit by an average of 20 cyclones, causing floods, landslides and other accidents," added DPA.

The death toll from landslides and devastating floods in the central Philippines triggered by a tropical depression climbed to 85, officials said on Wednesday, and 20 people were missing as rescuers slowly reached cut-off communities, Reuters has reported.

"The casualties, including young children, were mostly killed when their homes collapsed in landslides after days of heavy rain in several provinces in the central Philippines," said Ricardo Jalad, Executive Director of the National Disaster Agency.

"If we don't recover the missing or we recover them dead, that is 105 deaths, which we hope not," Jalad said.

The tropical depression, which weakened into a low pressure system before leaving the Philippines on Sunday, brought heavy rain that triggered landslides and flooding in the Bicol and eastern Visayas regions.

Officials put three provinces under a "state of calamity" to give them access to emergency funds.

Bicol, with a population of 5.8 million, was the hardest hit, with 68 killed in intense rains and landslides. Damage to agriculture in Bicol, which produces rice and corn, was estimated at 342 million pesos (US$6.5 million).

About 20 tropical cyclones hit the Philippines every year, with destroyed crops and infrastructure taking a toll on human lives and weighing down one of the fastest growing economies in Asia, Reuters concluded.

The death toll from a storm that struck the Philippines shortly after Christmas rose to 68 with the number of fatalities expected to climb even higher, civil defence officials said Monday.

Fifty-seven people died in the mountainous Bicol region, southeast of Manila, while 11 were killed in the central island of Samar, mostly due to landslides and drownings, the officials said.

"I am afraid this (death toll) will still go up because there are a lot of areas we still have to clear," said Claudio Yucot, Bicol civil defence director.

The weather disturbance locally named "Usman" hit the country on Saturday. While it did not have powerful winds it brought heavy rains that caused floods and loosened the soil, triggering landslides in some areas.

Many people failed to take necessary precautions because Usman was not strong enough to be rated as a typhoon under the government's storm alert system, Yucot said.

"People were overconfident because they were on (Christmas) vacation mode and there was no tropical cyclone warning," he told AFP.

Although Usman has since moved westward away from the country, many affected areas were still experiencing seasonal rains, hampering rescue and recovery efforts, he added.

At least 17 people are still missing and more than 40,000 were displaced nationwide due to the storm, the civil defence office said.

An average of 20 typhoons and storms lash the Philippines each year, killing hundreds of people and leaving millions in near-perpetual poverty.

The most powerful was Super Typhoon Haiyan which left more than 7,360 people dead or missing across the central Philippines in 2013.

Twenty-six people have been killed in landslides and floods caused by a tropical depression that brought heavy rains over the eastern Philippines, police and emergency officials said Sunday.

According to the Deutsche Presse-Agentur, DPA, more than 22,000 people were also displaced by the landslides and floods in six provinces that bore the brunt of the rains.

The weather bureau said the tropical depression, locally named Usman, has weakened into a low pressure area after making landfall, but warned that eastern and central provinces would continue to experience rains.

"A cold front and the north-east monsoon were also bringing bad weather over the capital and other parts of the country, which could dampen usually rowdy New Year's Eve celebrations,"added DPA.

Each year the Philippines is hit by an average of 20 cyclones causing floods, landslides and other accidents.

A 6.9-magnitude earthquake struck off the Philippine island of Mindanao on Saturday triggering a brief tsunami warning.

The quake struck southeast of Davao City at a depth of 59 kilometres (35 miles), the US Geological Survey said, a week after a volcano-triggered tsunami killed more than 400 people in neighbouring Indonesia.

The Pacific Tsunami Warning Center warned "hazardous tsunami waves from this earthquake are possible" along the coasts of Indonesia and the Philippines.

However, waves were forecast to be less than 30 cm (12 inches) above tide level, it said, while Philippine monitors warned that "minor sea level disturbances" were to be expected.

The Philippine government's seismology institute initially advised people to "stay away from the beach and not to go to the coast fronting the Philippine Sea," for about two hours after the quake.

But it later cancelled the tsunami advisory, saying that wave heights had returned to normal.

Although people rushed out of buildings during the quake, the civil defence office said it expected no damage or aftershocks.

The office said cities in the south of the country felt "moderately strong" shaking but the authorities in the affected areas said they had no immediate reports of damage or casualties from the quake.

The Philippines and Indonesia lie on the so-called Ring of Fire, a vast Pacific Ocean region where many earthquakes and volcanic eruptions occur.

The most recent major quake disaster to strike the Philippines was in 2013 when a 7.1-magnitude quake left more than 220 people dead and destroyed historic churches in the central islands.

Indonesia has been hit by two major tsunamis this year. More than 400 people were killed last weekend after an erupting volcano triggered a deadly wave that struck the coastlines of western Java island and south Sumatra.

A quake-tsunami in September killed around 2,200 people in Palu on Sulawesi island, with thousands more missing and presumed dead.