Dr. Yousef Al Akraf, Executive Vice President of Business Support and Human Resources at DEWA, received the award and a certificate of appreciation on behalf of Saeed Mohammed Al Tayer, MD and CEO of DEWA. He also delivered a speech on behalf of the sponsors.

Al Tayer appreciated the award for DEWA and for those who work in the field of special education. Over the past years, the award has stimulated excellence, creativity, and positive competition among individuals and institutions for special needs to provide outstanding services for children of determination, not only in the UAE but in the Arab world as a whole. 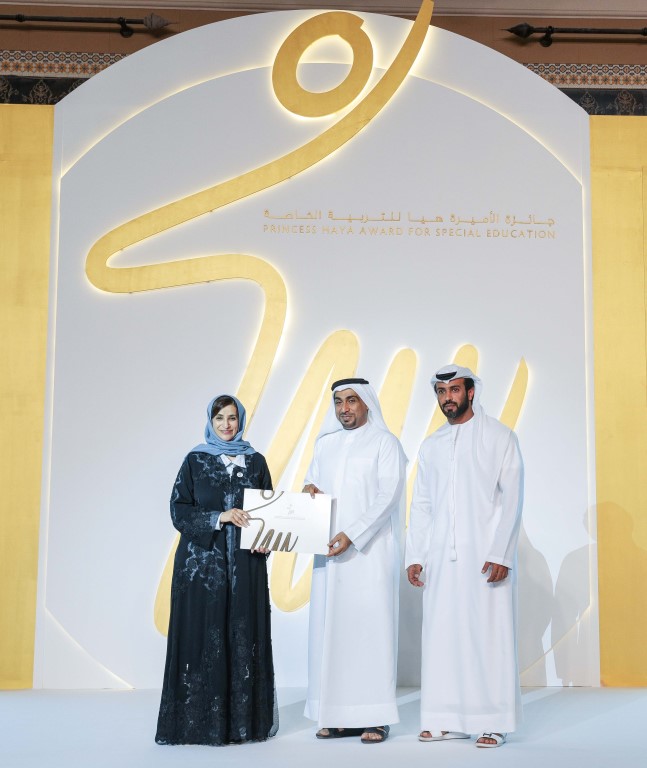 "This edition of the Award is especially important during the Year of Tolerance, which celebrates diversity in the United Arab Emirates. This is done in an adaptive and flexible environment that allows them to unleash their potential and prove their capabilities within the framework of the ‘National Policy to Empower People of Determination’, launched by His Highness Sheikh Mohammed bin Rashid Al Maktoum, Vice President, Prime Minister and Ruler of Dubai, to create an inclusive society that ensures empowerment and a decent life for people of determination and their families," Al Tayer said.

DEWA was also honoured of its role as strategic sponsor of the award, in the presence of Jameela Al Muheiri, Minister of State for Public Education.