Dhaka fire kills 70 as explosions rain fire on the streets

The death toll from a fire in a centuries-old area of the Bangladesh capital, Dhaka, jumped dramatically to 70 on Thursday, a fire official said, and could keep climbing as fire fighters combed the wreckage of the destroyed building.

Large building fires are relatively common in impoverished Bangladesh, due in part to lax regulations, and have killed hundreds of people in recent years.

"So far, 70 bodies have been recovered. The number could rise further as the search is continuing," Julfikar Rahman, a director of the Fire Service and Civil Defence, told Reuters.

The fire started in a four-storey building on Wednesday night and spread to nearby buildings in the Chawkbazar area of Old Dhaka, which dates back to the Mughal period more than 300 years ago.

Rahman said at least 50 people had been taken to hospital, some in critical condition. 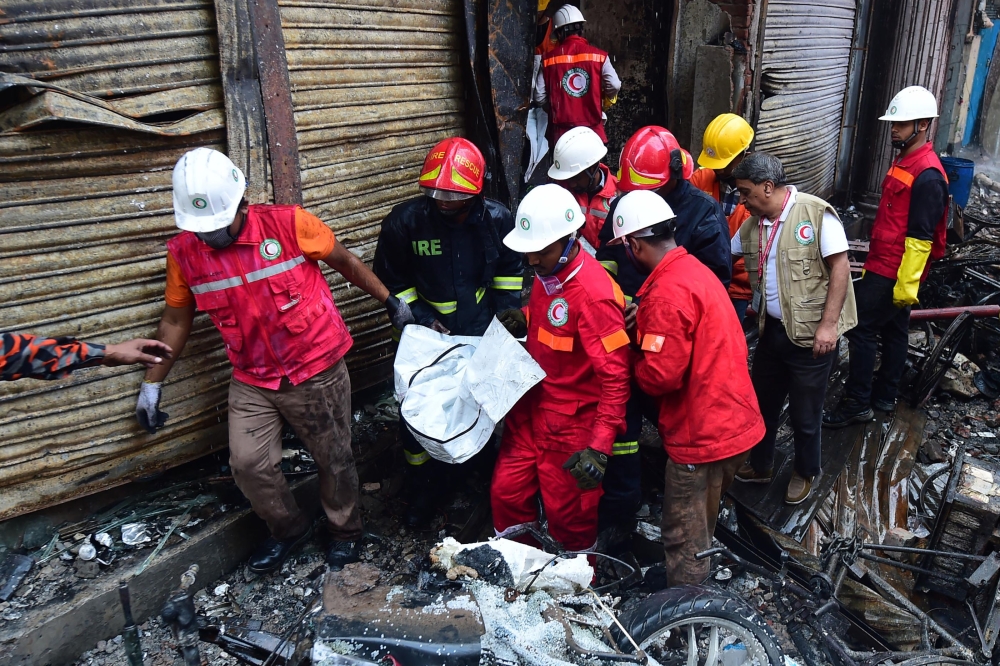 Hundreds of people rushed to the Dhaka Medical College and Hospital to search for missing relatives, witnesses said.

About 200 firefighters fought for more than five hours to bring the blaze under control.

They told reporters the building where the fire began had housed a plastics warehouse and contained flammable material.

Rahman said the cause was still under investigation. He said firefighters had struggled to find enough water to fight the blaze and had to draw supplies from a nearby mosque.

The fire is likely to focus attention on lax enforcement of building safety regulations in Bangladesh, where accidents kill hundreds every year.