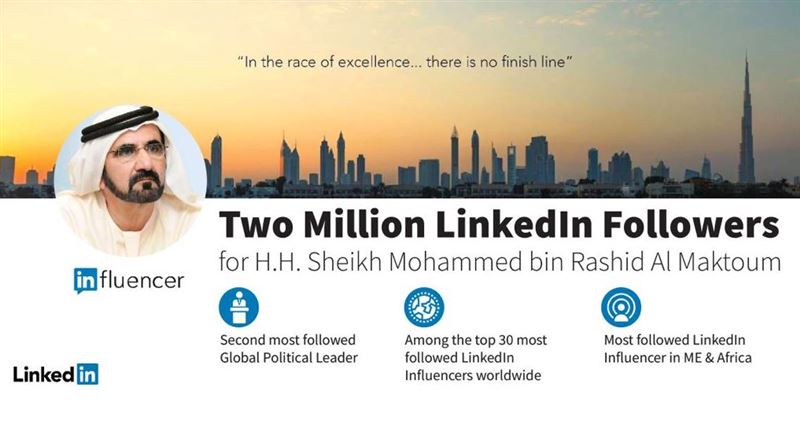 According to LinkedIn data, His Highness is known for his regular updates on strategic developments, high-profile meetings, delegation visits and key announcements, his posts garner a large number of engagements, particularly among followers from the UAE, followed by India, Egypt, the U.S. and Saudi Arabia.

His Highness Sheikh Mohammed has covered a wide range of engaging topics on LinkedIn ranging from empowering women, promoting tolerance, fostering innovation and providing lessons in leadership, which have contributed to his growing popularity as an influencer.