The Dubai Land Department hasn’t released any figure of expected new units to enter the market this year to date. However, top real estate consultancies in the emirate have put out their estimates, which varies between 12,000 and 44,000 units.

“Around 40,000 residential units are scheduled to enter the market over the next two years, which will represent a 11 per cent increase on the current stock,” JLL said in its first quarter 2013 report on Dubai real estate.

Prime projects to be completed this year will be the 29 Boulevard towers in Downtown, Balqis Residencies on The Palm, the Centrium Project in IPMZ and Silicon Gate in Dubai Silicon Oasis.

CBRE, another international consultancy, in December 2012, said the emirate would witness fresh supply of nearly 36,000 new residential units in the next three years, on an average 12,000 units being completed every year.

“We expect around 36,000 new residential units (apartments and villas) could enter the market during the period 2013 to 2015 provided that construction delays are minimal,” Matthew Green, Head of Research & Consultancy UAE, CBRE Middle East, had said.

CBRE says Dubai’s residential supply witnessed a compound average growth rate of around eight per cent, with apartments increasing by nine per cent and villas by four per cent.

Asteco Property Management, a UAE-based property consultancy, in its second half 2012 report, had put the number at 44,400 units in 2013.

“Assuming construction schedules are adhered to as at the time of inspection, we believe 2013 will  see 39,000 apartments, 5,400 villas,” the consultancy said.

JLL says most of the upcoming residential supply will be located outside of  central Dubai in areas to the south and east of the city. The largest proportion of future stock from 2013 to 2015 will be delivered in the submarkets of Dubailand (7,900 units); Business Bay (3,800 units); and Dubai Sports City (3,800 units).

The largest proportion of residential stock added to the market since 2009 is located in International City (14 per cent), followed by Dubai Marina (13 per cent), Discovery Gardens (9 per cent) and JLT (6 per cent), the consultancy said. 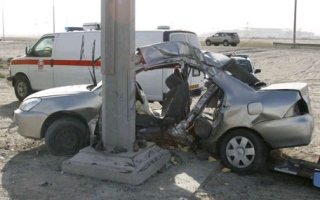