50 most expensive office markets: Dubai offers top value at No 25

Dubai continues to offer top value in terms of cost-to-benefit for renting office space, according to a latest report from CB Richard Ellis (CBRE).

Occupancy costs in Dubai were rated at $92.56 per square foot.

That is drastically cheaper than Hong Kong, which topped the list as the world's most expensive office market with overall occupancy costs of $248.83 per square feet.

The Asia-Pacific region accounting for six of the top 10 most expensive markets worldwide.

In 2010, the overall occupancy costs in Dubai stood at $108.92 per square feet, but CBRE clarified that due to methodology changes in the new report, comparisons with figures in previously released reports were not valid.

Earlier this week, Jones Lang LaSalle, an international real estate consultancy, said that despite prime buildings in Dubai witnessing stable rental levels,  secondary locations are expected to see further rental decline in the second half of 2012 due to the large new supply and weak tenant demand.

However, average-asking rents for prime office buildings remained unchanged over the past year.

The total office stock in Dubai stood at 6.1 million sqm at the end of second quarter with only 58,000 sqm being delivered in the second quarter.

Vacancy rates within the CBD remained stable at around 35 per cent.

London’s West End was second on the list, which, despite a 4.7 per cent year-over-year increase, had total occupancy costs of $220.15.

Tokyo’s was the third most expensive market for office space, followed by Beijing’s Jianguomen (CBD) and Moscow.

CBRE tracks occupancy costs for prime office space in 133 markets around the globe.

Occupancy costs increased by an average 3.6 per cent worldwide led by Asia-Pacific at 7.8 per cent, Americas at five per cent and Emea at 0.4 per cent.

Occupancy costs increased in 80 markets, decreased in 24, with no change in 29.

Dr Raymond Torto, CBRE’s Global Chief Economist, said:  “The most expensive office locales are increasingly located in dynamic markets across the emerging economies as office occupiers diversify their global footprints in these markets to take advantage of rising incomes and the availability of labour.”

He added: “The most expensive office occupier markets also have a diversified economic base; limited, available institutional quality space; strong currencies and are increasingly located in urban centres.” 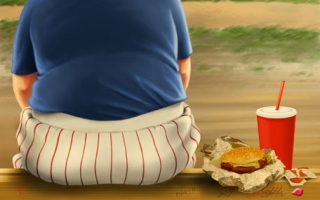