H.H. Sheikh Abdullah bin Salem bin Sultan Al Qasimi, Deputy Ruler of Sharjah, this evening attended a ceremony marking the arrival of the Flame of Hope, at Al Majaz Waterfront in the emirate.

The Flame is travelling through the country under the patronage of H.H. Lt. General Sheikh Saif bin Zayed Al Nahyan, Deputy Prime Minister and Minister of Interior, as part of the activities of the Special Olympics World Games Abu Dhabi 2019, which will be hosted by the UAE starting 14th March.

The ceremony was attended by senior officials, dignitaries, and crowds of Emiratis and residents living in the emirate. 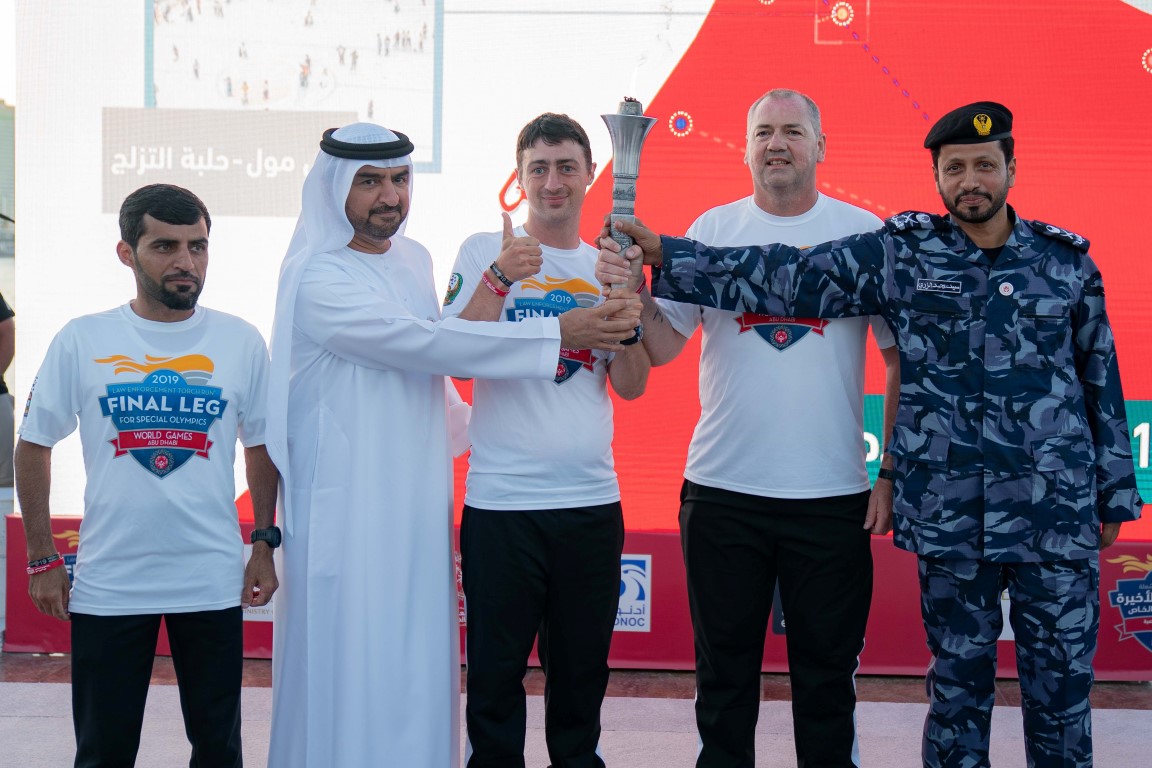 H.H. Sheikh Abdullah underlined the significant value of the Flame of Hope, hailing the UAE’s overall humanitarian efforts to promote tolerance and social integration around the world.

He noted that the Flame is a symbol of solidarity, respect, fraternity and diversity, and represents the vision and directives of the UAE’s wise leadership with regards to the promotion of peaceful co-existence among world peoples.

The UAE will welcome over 7,500 athletes from over 190 nations during the event, which will be held from 14th to 21st March. They will compete in 24 officially sanctioned Olympic sports, in the first World Games to be held in the Middle East.