The Command and Control Centre at Dubai Police recorded 136 traffic accidents between 6am and 9am yesterday (Sunday) due to fog.

These accidents ranged from light to medium and occurred in different parts of Dubai.

The centre received 810 phone calls during the same time period.

Brigadier Omar Abdul Aziz Al Shamsi, Deputy General Director of Operations, Dubai Police, appealed to drivers and road users to be cautious, especially during foggy climes, noting that the country is going through a state of weather instability.

He advised drivers to make sure windshield wipers, windows and lights are all working before driving the vehicle. This is in addition to leaving enough distance between vehicles and not changing lanes, except in cases of necessity. 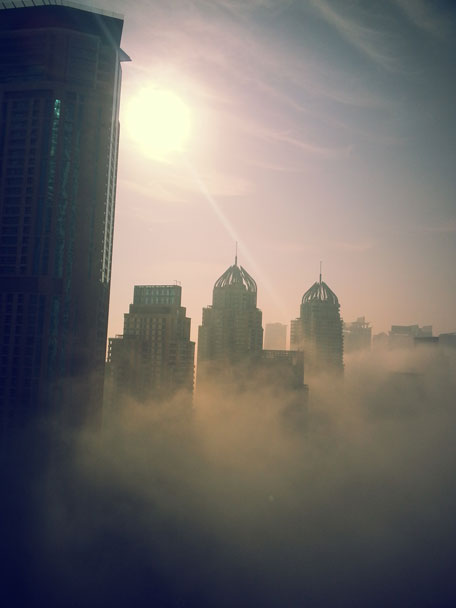 Foggy in UAE? Why that isn't the problem

“The real hazard on highways today is not the fog itself, but motorists who drive in a fog-induced haze,” said one Dubai resident.

Despite warnings and several awareness campaigns run by the Ministry of Interior and Dubai Police, several motorists fail to follow guidelines while driving in fog.

Emirates 24|7 puts together a checklist to lift the haze on driving safely in foggy climes: 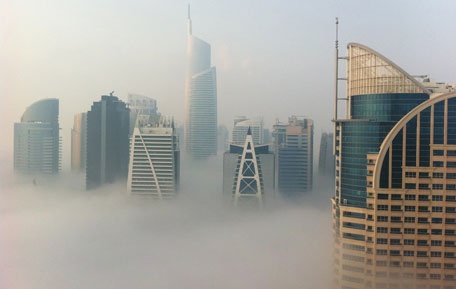 Don't be foggy about use of hazard lights

In a statement earlier, Colonel Jamal Salem Al Ameri at the Abu Dhabi Traffic and Patrols Directorate urged motorists not to drive with their hazard lights on during foggy conditions .

Dubai resident Jigna Thaker, who commutes to Abu Dhabi during the work week, says motorists continue to drive with hazard lights on when it turns foggy.

She says: "Hazard lights should be used to indicate there is a hazard on the road and your vehicle is at a standstill. Half the time motorists see a car with hazards ahead of them and in their confusion, they continue driving. If there is a genuine emergency and the vehicle ahead is at a standstill, you are setting yourself up for an accident waiting to happen."

Secondly, even if you are being the responsible motorist and using your indicator to change lanes in low visibility conditions, vehicles around you will fail to see that if your hazard lights are constantly blinking. 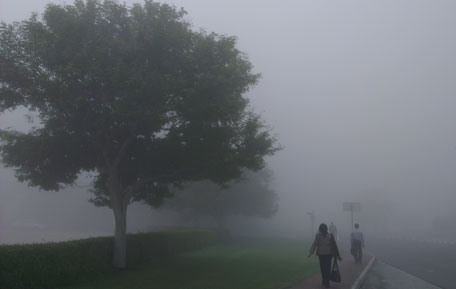 Light up the way

If you are driving through heavy fog, the correct use of headlights could save your life.

Abu Dhabi Police has stated against using a vehicle’s high beam lights during low visibility conditions, as the intensity of the light reflects off the fog and further obstructs visibility.

If you feel the light is still not enough to see clearly, then stop in a safe place and wait it out.

Put the brakes on speed

This is a no-brainer, really. While visibility is low, the foot should not be pressed down on the accelerator, but rather slow the vehicle down so you can stop in time if there is a hazard on the roads.

Brigadier Khalifa Mohammed Al Khaiaili, Deputy Director of the Abu Dhabi Police Traffic and Patrols Directorate, who supervised the latest pile-up on the Abu Dhabi-Al Ain highway, said crashes can be avoided if motorists adhere to a safe distance between vehicles.

Road Safety UAE says increase the distance from the three seconds gap in good weather to a minimum of five seconds gap.

Stick to your lane

Excessive lane changing when the going is difficult already due to the fog can only put you further at risk.

Try to stay in your lane when possible and pay attention to the road markers; driving in fog can sometimes lead the motorist to drift between lanes without realising.

Pull over when needed

If the going gets tough, simply pull over.

Brigadier Al Khaiaili said the right way to do this is to stop on the right shoulder of the road if visibility is too low.

Pull over, completely off the road as indicated, and now would be a good time to turn those hazard lights on.

Pay attention to the weather reports

During fog season, it is advisable to monitor the weather report before heading out.

If social media reports are also stating hazardous road conditions and warning off crashes in lieu of the fog, it may be advisable to leave a little later. 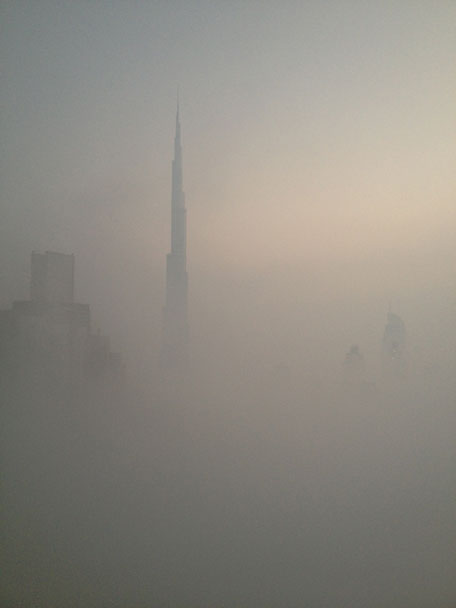