A Saudi government committee meeting on Monday night for moon-sighting announced that Thursday is Arafat Day and Eid Al Adha will start on Friday after it could not sight the moon.

Since the moon was not sighted, Tuesday is the last day of the Islamic month of Dhul Qidah and Wednesday will be the first day of Dhul Hijjah month.

“There was no evidence the moon was sighted…hence Thursday is Arafat Day and Eid Al Adha will start on Friday,” Sabq newspaper said, quoting committee sources.

In Egypt, newspapers reported that Al Azhar Mosque, the country’s top Islamic authority, announced that Eid would start on Friday.

More than two million Muslims are expected to converge on Saudi Arabia from many countries to perform the annual Haj (pilgrimage) next week.

Yesterday, rumours started floating among UAE residents as a media outlet reported that Saudi Arabia had announced Wednesday as Arafat Day, and Thursday, October 25, as the first day of Eid Al Adha. 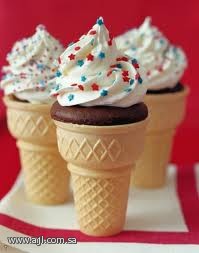 Moslem pilgrims converging on Saudi Arabia next week for their annual Haj season will be treated for free ice cream as a “cooling" welcome by a local company.

More than one million ice cream cones will be distributed to the pilgrims on arrival and through the four-day Haj rituals in Makkah and nearby Madina.

A group calling itself “the Haj Gift Socity” said it had set up many centres to receive pilgrims to help them until the end of the Haj, which is scheduled for October 25.

“We will hand out more than one million ice cream cones to the pilgrims…we are making this gesture under the title ‘cool down...