Inaugurated in the presence of senior officials of RTA and Emaar, the new Dubai Ferry service will add to the delight of visitors to Downtown Dubai and Dubai Marina, as well as tourist groups and Emaar residents, as it links two of the most popular lifestyle destinations in the city through an environment-friendly urban transport service.

The new service builds on an earlier agreement signed between RTA and Emaar’s At the Top, Burj Khalifa to promote the sale of Dubai Ferry tickets to the popular tourist attraction in the iconic tower. 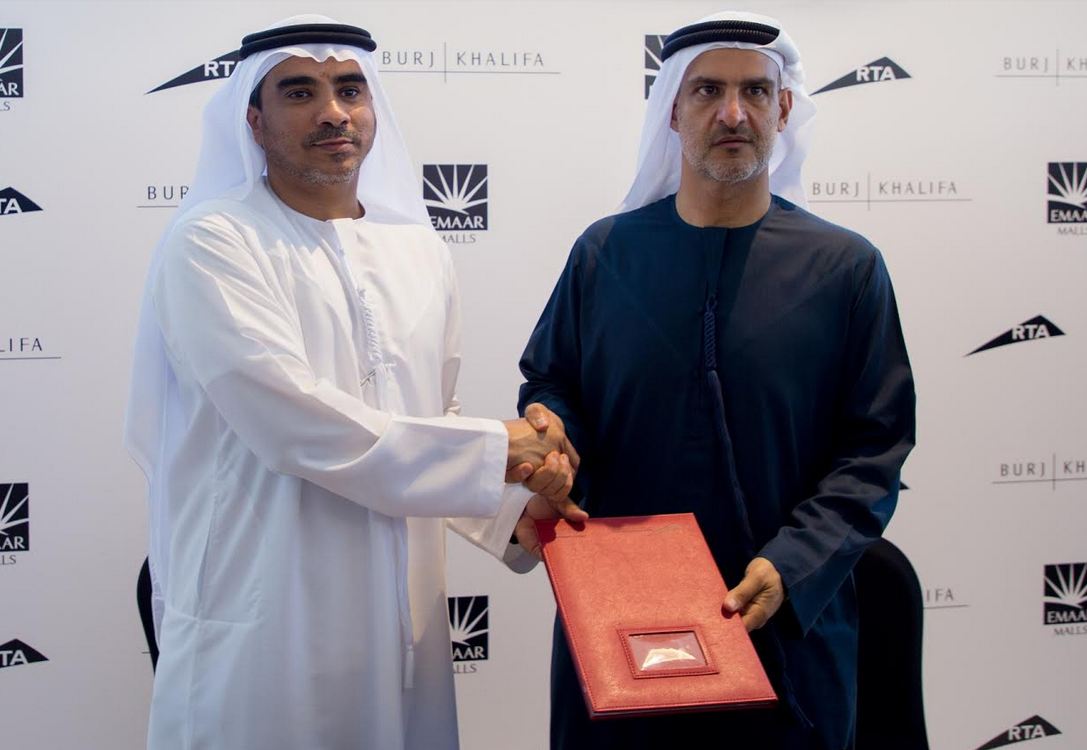 The ferry service, for a duration of about 1 hour 20 minutes one-way, will offer Emaar’s residents and tourists a new perspective to the city’s skyline. Assuring majestic views of the cityscape – from The Palm Islands to the skyscrapers along Sheikh Zayed Road and the Dubai Canal, the ferry will ply between the Dubai Marina ferry station, located behind the Dubai Marina Mall, and Al Wajeha Al Maeyah station, from where a complimentary shuttle service will take guests to reach The Dubai Mall and back.

Tickets can be purchased from At the Top, Burj Khalifa, from the guest service desks at The Dubai Mall and Dubai Marina Mall or www.burjkhalifa.ae as well as from the ferry stations. They are priced AED 68.25 per adult and AED 52.5 for children from 5 to 12 years.

Ahmed Bahrozyan, CEO of RTA’s Public Transport Agency, said: “The marine transport network of Dubai is gaining considerable interest among visitors and residents, especially following the ongoing promotion of the Dubai Ferry service by At the Top, Burj Khalifa. The new service will add to the delight of users, who can cover two of the most popular malls effortlessly while enjoying scenic vistas of the city.”

Ahmed Al Falasi, Executive Director of Group Operations at Emaar Properties, said: “The new ferry service is a remarkable addition that will add to the touristic attractions in the city. Following the promotion of Dubai Ferry to visitors and tourist groups touring At the Top, Burj Khalifa, we had seen a growing interest in using the ferry service. Now with this exclusive service for Emaar’s visitors, residents and tourist groups, they have the added convenience of touring to of the city’s most popular lifestyle destinations.”