The Special Olympics Law Enforcement Torch Run saw the Flame of Hope burning bright across the streets of Ajman as members of the local community turned up at landmarks across the emirate in support of inclusion and unity.

The torch tour stopped off in Ajman on its ten-day journey across the nation which will conclude on 13th March in Abu Dhabi, the host city for the Special Olympics World Games Abu Dhabi 2019 from 14th March. 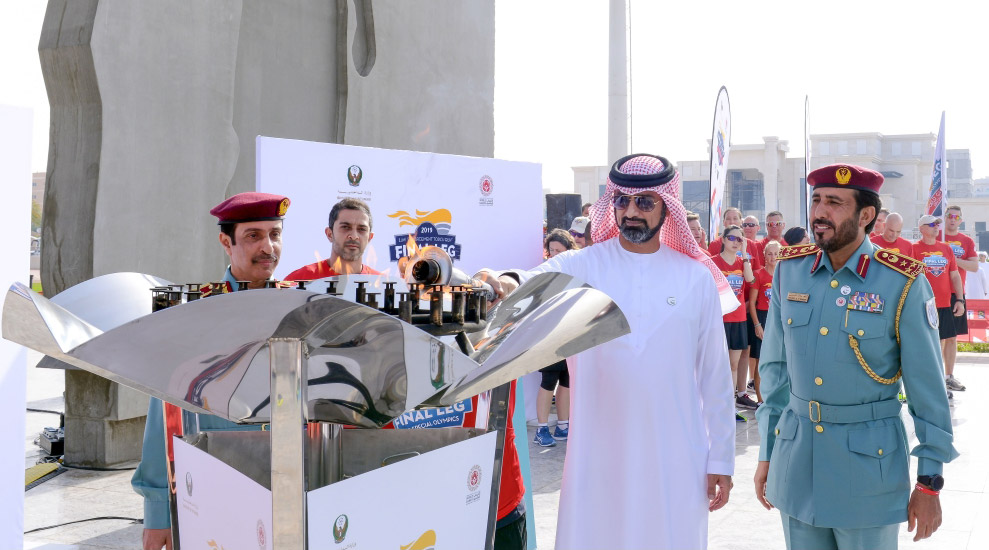 ''Abu Dhabi’s hosting of the world's largest humanitarian sporting event will add to the bright UAE sports record,'' Sheikh Ammar said, noting that Abu Dhabi will be the first city in the Middle East to host the games, which attracts more than 7,500 athletes from over 190 countries.

''Hosting of this international sports event underscores the UAE’s prominent stature as a generous supporter of humanitarian programmes, encouraging athletes to develop their skills and champions of determination as an important component of the UAE community capable of giving and making achievements,'' he added.

The torch run then travelled through a number of major landmarks in Ajman for a closing ceremony at Ajman Marina. 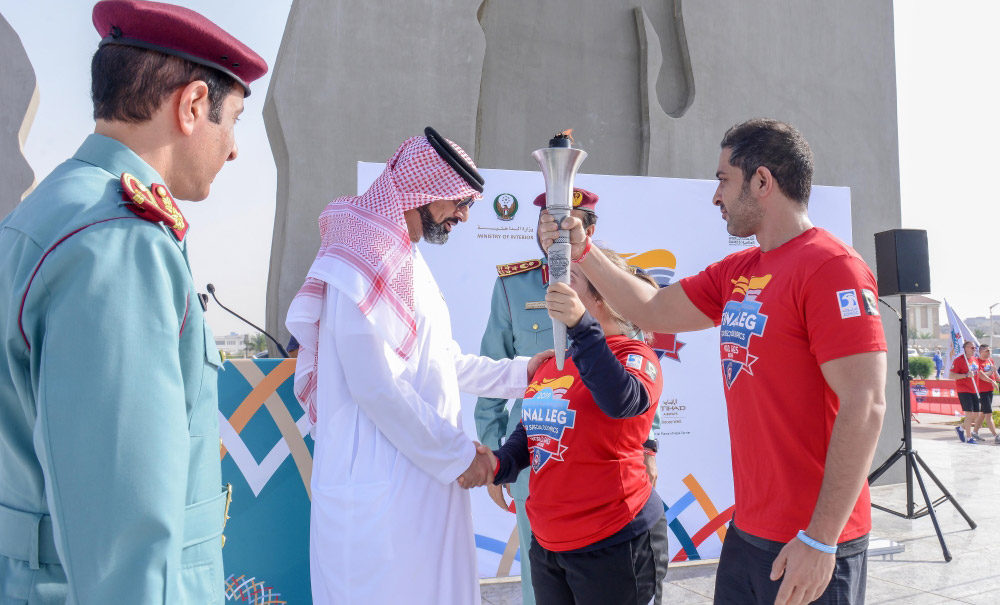 Yesterday, the Flame of Hope was carried across a number of landmarks in Umm Al Qaiwain.

On 7th March, the Torch Runners will carry the Flame of Hope across Sharjah. It will complete its journey when it is carried into the spectacular opening ceremony of the World Games at Zayed Sports City Stadium on the evening of 14th March.

The UAE will welcome more than 7,500 athletes from over 190 nations for Special Olympics World Games Abu Dhabi 2019 between 14th and 21st March. They will compete in 24 officially sanctioned Olympic-style sports in what will be the first World Games to be held in the Middle East.

The torch for the Special Olympics World Games, which was lit in Athens then transported to the UAE, will reach every emirate in the UAE,visiting Emirati attractions.

The torch tour is being organised by the Ministry of Interior in partnership with the Local Organising Committee of the World Games, which said torch run is in line with the UAE's values of "inclusivity and unity".