"UAE Knights are marvelously continuing to cleave their way to more differentiation with a new spectacular win! Congratulations to the Whites, their management team and all Emirati fans who were impressively there, supporting our National Team," Sheikh Hazza tweeted. 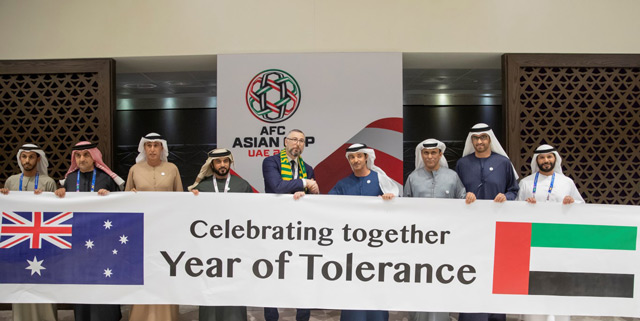 UAE had a historic 1-0 win over the Socceroos earlier this evening, securing a place in the AFC Asian semi-finals.