The International Fund for Houbara Conservation, IFHC, today launched its ‘Fear’ campaign to warn the worldwide falconry community of the dangers of the illegal Houbara trade, during the opening day of the Abu Dhabi International Hunting and Equestrian Exhibition 2019, ADIHEX.

The UAE has strict penalties in place, including heavy fines and imprisonment, for anyone caught engaging in illegal wildlife trading activities. The IFHC Fear campaign is designed to further engage with falconers emotionally, educate them on the dangers the illegal Houbara trade pose to their prized birds and falconry as a heritage sport.

IFHC’s campaign reinforces the fact that smuggled Houbara typically carry diseases and suffer tremendous stress from capture and illicit transportation. As a result, severely sick Houbara can endanger the lives of falcons during hunt training.

Through collaboration with falconry clubs across the GCC, including Emirates Falconers’ Club, the campaign will stress how the illegal Houbara trade represents a serious sanitary threat to the entire ecosystem. With only one in 10 wild Houbara surviving being smuggled across the UAE border, the trade is a significant factor in the historic Houbara population decline and, consequently, a major threat to traditional falconry. 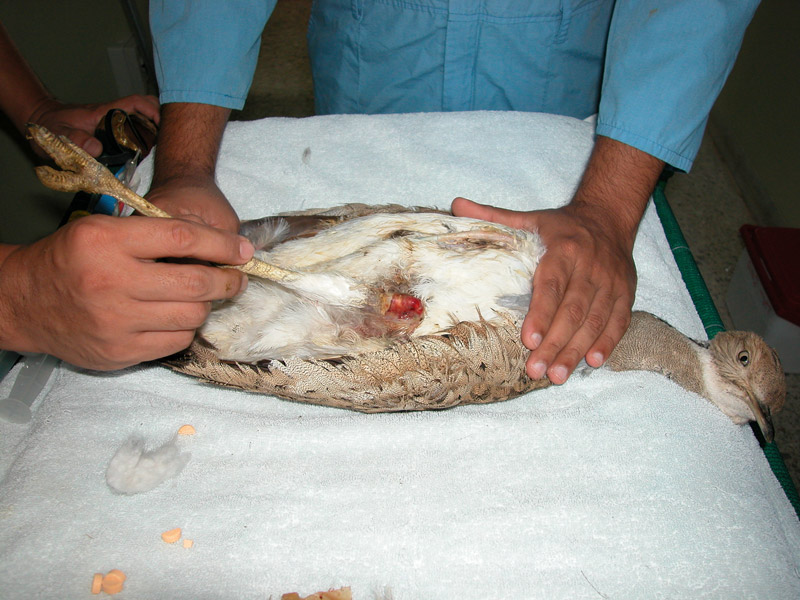 "With sustainability a key theme of ADIHEX this year, today represents the perfect time to launch our Fear campaign. As a global leader in pre-emptive species conservation it is our duty to take the lead in stamping out this abhorrent illegal trade which is posing a major threat to our emblematic Houbara and the centuries-old art of falconry," said Majid Al Mansouri, IFHC Managing Director.

He added, "The threat of financial penalties and imprisonment should be enough of a deterrent. However, our message goes further, we hope that by reinforcing the dangers the illegal Houbara trade poses to individual falcons, the community and the heritage sport as a whole, it will resonate with falconers. Houbara for training should only be sought through regulated channels, such as registered falconry clubs or the Fund."

Visitors to the IFHC stand at ADIHEX will also receive in-depth insights into the Fund’s global efforts to preserve the Houbara Bustard, with its scientific research and breeding and release programme securing a sustainable future for the species by rebalancing populations of the Asian Houbara, across its migratory range from Mongolia in the East to the UAE and Levant in the west, and the North Africa Houbara, which is mostly domiciled in Morocco.

Visitors will also learn about the Conservation Education: The Houbara Model - a cross-curricular conservation education programme, which is now part of the UAE national school curriculum - and is currently implemented by 40 schools across the Emirates.