The UAE is launching a fiscal risk management project with the IMF’s help and will produce its first fiscal stress test this year, according to Christine Lagarde, Managing Director and Chairwoman of the International Monetary Fund (IMF).

Speaking at the main session of the Fourth Annual Arab Fiscal Forum organized by the IMF, Arab Monetary Fund, AMF, and the UAE Ministry of Finance, today at the World Government Summit 2019, Lagarde commended the UAE and other countries in the region for strengthening their fiscal frameworks.

She said that the UAE as well as Saudi Arabia, Kuwait, Sudan and Lebanon have set up macro-fiscal units, a useful first step in strengthening the fiscal framework while Algeria has recently adopted a new budget law with a strong medium-term orientation.

Bahrain has introduced a fiscal program designed to achieve balance over the medium term while Mauritania, Morocco, Jordan, and Lebanon are making great progress with medium-term public investment planning and execution. Egypt now publishes a fiscal risk statement with its budget and produces an internal in-year budget risk assessment. 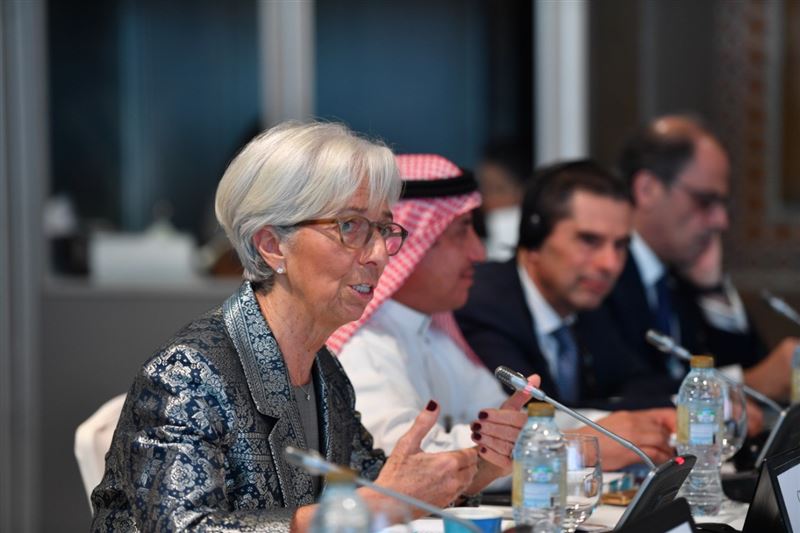 Speaking on the importance of fiscal policy, the head of the IMF said it plays a vital role in creating and nurturing the vision of sustainable and inclusive growth, especially as encapsulated in the Sustainable Development Goals. "This is because we need fiscal space for spending on health, education, social protection, and public investment all key priorities in this region." She noted that without a stable foundation, even the best policies can flounder.

Earlier in her speech, Lagarde expressed her happiness at being in Dubai which she called the "city of tomorrow" where "its economic leaders are dedicated to realizing the vision of a better tomorrow."

"This vision is predicated on prosperity that is shared by all, benefiting the poor and the middle class, citizens and immigrants alike; and opportunities that are open to all, including women. It is a vision of fairness over cronyism and partiality, and of trust that government policy is oriented toward the common good." 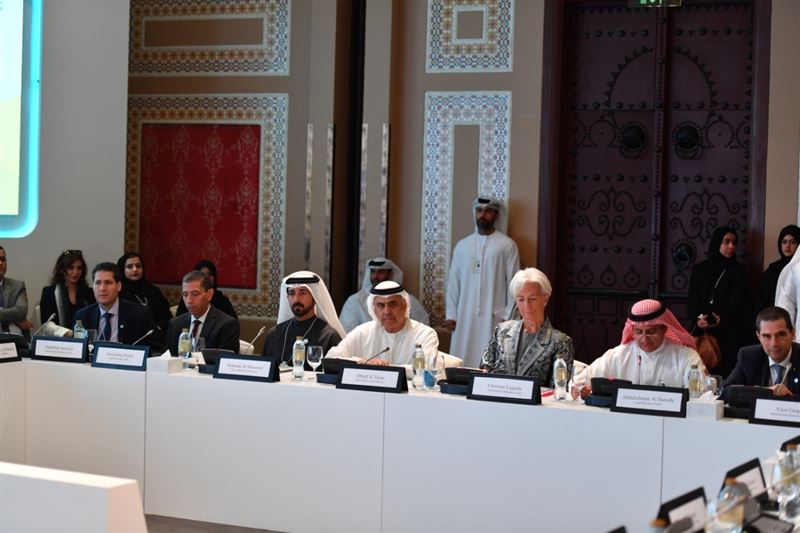 "This is a big vision. But as His Highness Sheikh Mohammed bin Rashid Al Maktoum, Vice President, Prime Minister and Ruler of Dubai,once said "The bigger your vision, the bigger your achievement will be we cannot let fear keep us small. We have to be brave to be big."

Speaking about the economic environment in the Arab region, Lagarde said it has not yet fully recovered from the global financial crisis and other big economic dislocations over the past decade. "Among oil importers, growth has picked up, but it is still below pre-crisis levels. Fiscal deficits remain high, and public debt has risen rapidly from 64 percent of GDP in 2008 to 85 percent of GDP a decade later. Public debt now exceeds 90 percent of GDP in nearly half of these countries."

She said that oil exporters have not fully recovered from the dramatic oil price shock of 2014. "Modest growth continues, but the outlook is highly uncertain reflecting in part the need for countries to shift rapidly toward renewable energy over the new few decades, in line with the Paris Agreement. With revenues down, fiscal deficits are only slowly declining despite significant reforms on both the spending and revenue sides, including the introduction of VAT and excise taxes. This has led to a sharp increase in public debt from 13 percent of GDP in 2013 to 33 percent in 2018," she added. 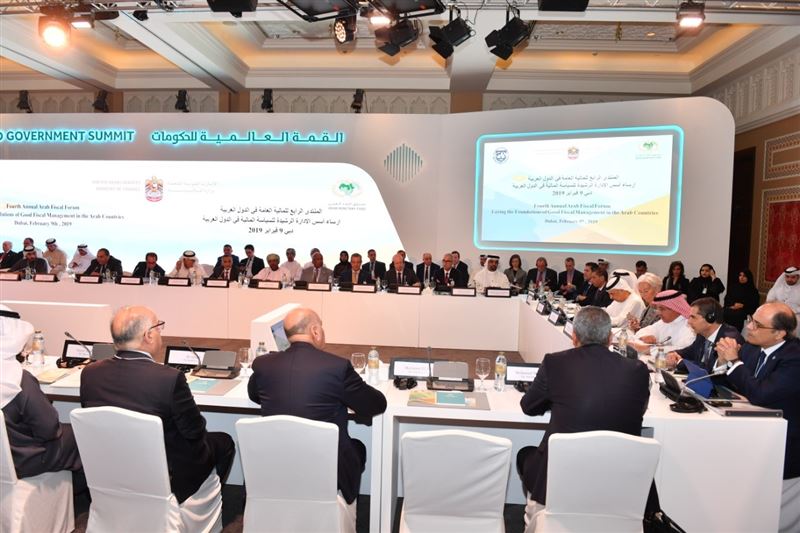 Lagarde also drew attention to the broader economic context bearing on fiscal policy in the region. "We now think that the global economy will grow by 3.5 percent this year, 0.2 percentage points below what we expected in October. And risks are up, given escalating trade tensions and tightening financial conditions. Unsurprisingly, a weaker global environment has knock-on effects on the region through a variety of channels trade, remittances, capital flows, commodity prices, and financing conditions."

She said the bottom line of all this is that "the economic path ahead for the region is challenging. This makes the task of fiscal policy that much harder, which in turn makes it even more important to build strong foundations to anchor fiscal policy."