The members of the teaching and administrative staff presented before His Highness Sheikh Mohamed bin Zayed the university’s strategy, goals, and future vision, in addition to its programmes, colleges, scientific and research facilities, the capabilities used in its curricula, the adequacy of its teaching staff, alongside the university’s cooperation with national and international institutions and research centres.

He was accompanied during the visit by H.H. Sheikh Mansour bin Zayed Al Nahyan, Deputy Prime Minister and Minister of Presidential Affairs.

His tour began in the university’s library, as he received from the students the "Tolerance Charter", where they pledged to the leadership their adherence to the principles and values of tolerance established by the Founding Father and to follow in their footsteps. The charter was handed over by student Ali Al Dhaheri, of the People of Determination, and student Maryam Hammoud.

Sheikh Mohamed launched the UAE University Research Platform which is tasked with strengthening scientific research and is considered a platform for researchers of students, academics and media professionals locally, regionally and internationally.

He also got firsthand knowledge of the joint laboratories of engineering and science, in addition to the media studio of the students of the mass communications section, considered the only of its kind in Al Ain city. It is fully equipped to simulate the media studios in the specialised institutions. The information technology college students showcased robots, 3D printers and various programmes and applications.

Sheikh Mohamed inspected the space sciences research centre and viewed a graduation project in the form of a vehicle designed to move on Planet Mars. The idea of the project emerged from the UAE Hope Mars Mission, with the vehicle designed in such a way that it simulates the geographic and geological nature of the Red Planet, and is equipped with solar cells for energy.

The tour concluded at the University's Science and Innovation Park, during which he was posted on the students’ projects as well as the entrepreneurship and patents in the University. He met with several students from different specialisations who expressed their happiness at meeting Sheikh Mohamed. 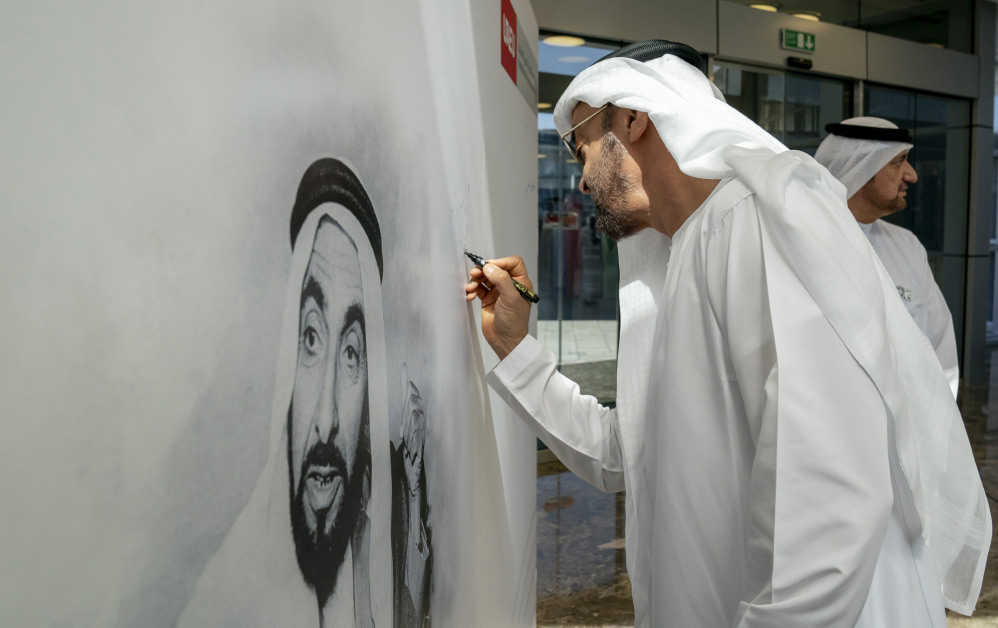 Abu Dhabi Crown Prince expressed his happiness at visiting the university, one of the most ancient scientific and cultural edifices in the country, which was established by the late Sheikh Zayed bin Sultan Al Nahyan, to be a beacon for human intellect and a leading centre for national development, spreading culture and deepening its roots, and expresses his happiness to see this elite group of ambitious youth.

Sheikh Mohamed directed the students to continue the hard work because, he said, it is the cornerstone in building the country and supporting the journey of its advancement and civilisational and human development.

Sheikh Mohamed noted that the UAE, under the leadership of President His Highness Sheikh Khalifa bin Zayed Al Nahyan, is keen on supporting its national educational institutions by providing the latest methods of education and scientific research to support the journey of distinction.

He wished the university’s students and graduates more success in their educational attainment and serving their country.