They reviewed a number of issues that carry national importance to the homeland and UAE citizens, primarily, means of protecting national gains and fulfilling the country's ambitions for a future where the Emirates would be second to none under the leadership of President His Highness Sheikh Khalifa bin Zayed Al Nahyan. 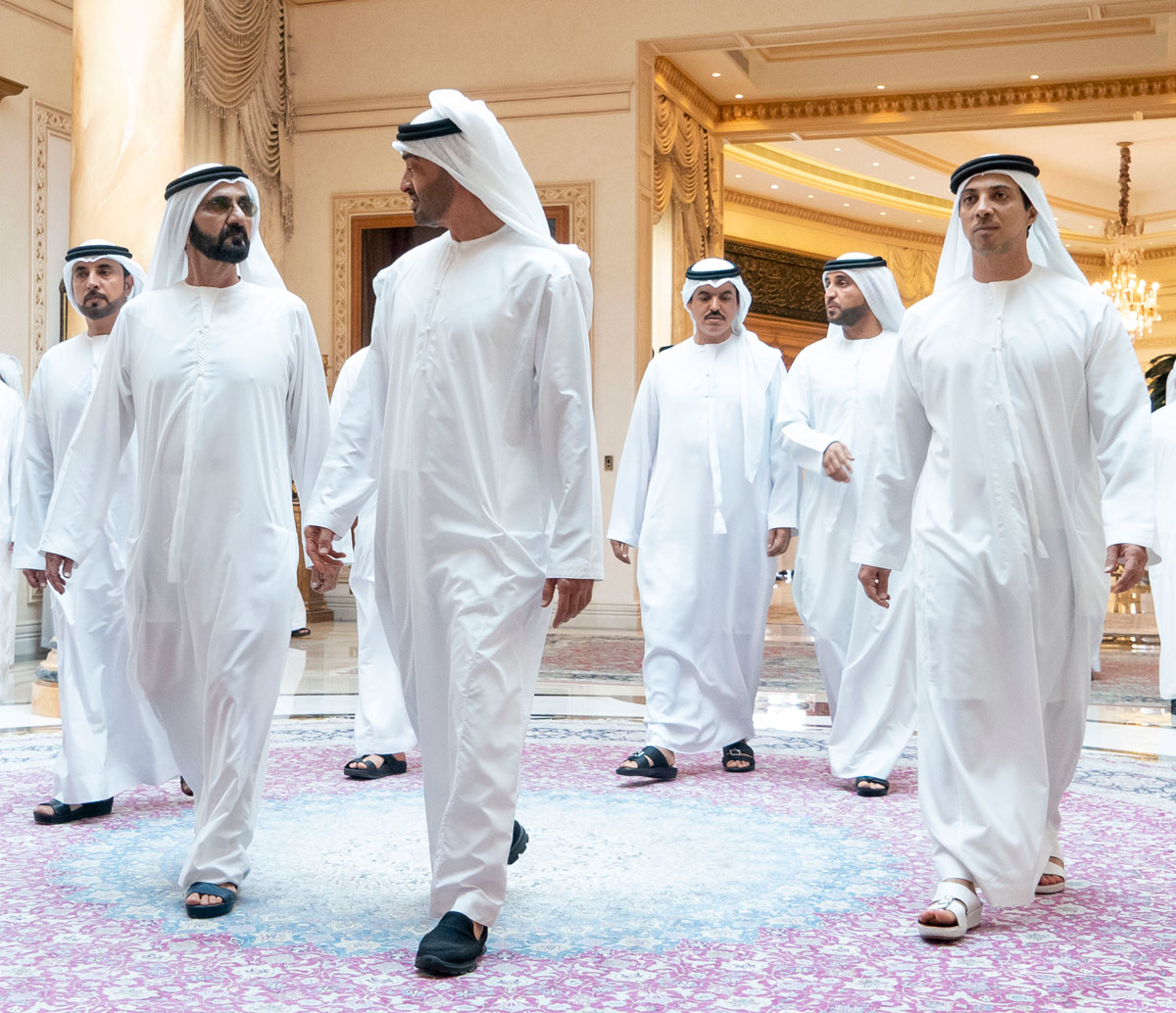