With a total project value of Dh176 million, the 304-room Premier Inn is one of 16 hotels in Nakheel’s Dh3 billion hospitality portfolio and part of a huge new master plan that is transforming Dragon City into a giant retail, residential and recreational complex of more than 11 million square feet.

Set for delivery in 2019, Premier Inn Dragon City will have a restaurant, Costa coffee shop and gym. The hotel will span 178,000 sq ft in built-up area, over eight floors.

Nakheel’s expansion into the hospitality industry is bringing 16 new hotels and serviced apartment complexes, with over 5,300 rooms between them, to Dubai.

Two are open and operational and last month the company awarded a construction contract for a second hotel at Ibn Battuta Mall. Others are at various stages of construction and development: 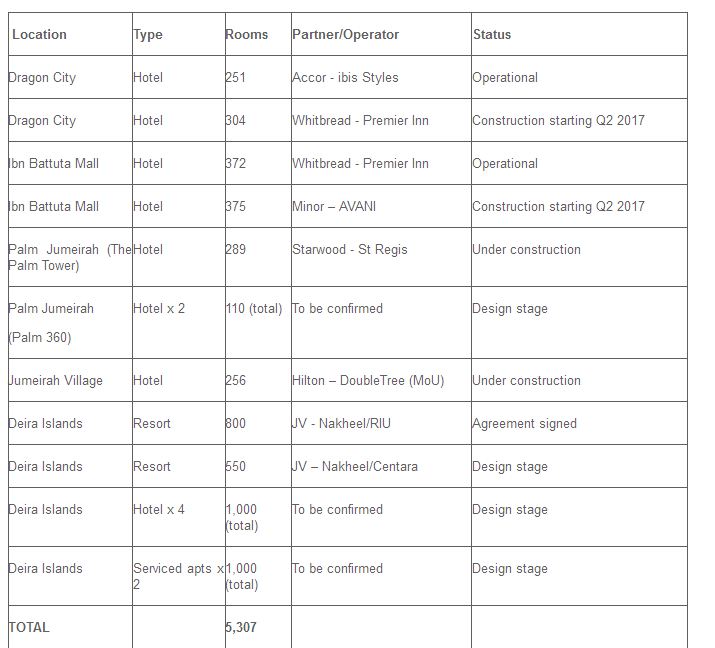