'Privilege and honour to be part of Sheikh Mohammed's team'

Being part of Sheikh Mohammed’s team for the last 10 years has been inspirational, he added and said that Sheikh Mohammed is a leader with inexhaustible ambition, a report in Emarat Al Youm quoted Gargash as saying.

We are blessed to have such a Ruler, Gargash said.

As we begin the New Year, we congratulate our government and our nation, said Major-General Khamis Matar Al Mazeina, Commander-in-Chief of Dubai Police, in message on the occasion of the 10th anniversary of the accession day of His Highness Sheikh Mohammed bin Rashid Al Maktoum, Vice-President and Prime Minister of the UAE and Ruler of Dubai.

He lauded Sheikh Mohammed’s vision and policies for this great motherland and spoke of how His Highness gave his time and for the country and its people.

Sheikh Mohammed proves to the world that behind every achievement is one’s love for the country and its people, apart from being a true leader and making informed decisions and respecting the nation’s heritage.

In the last 10 years Sheikh Mohammed has launched several initiatives helping people across the world, he said and added that His Highness’s wisdom and experience has helped put the UAE on the world map.

Maj. Gen. Mazeina said it’s thanks to our wise leadership and their dedication to the welfare of the people that everyone in the UAE is happy.

Mattar Al Tayer, Director-General and Chairman of Roads and Transport Authority (RTA), on behalf of all RTA employees, has extended warm congratulations to His Highness Sheikh Mohammed bin Rashid Al Maktoum, Vice-President and Prime Minister of the UAE and Ruler of Dubai, marking the 10th anniversary of his accession as Ruler of Dubai. 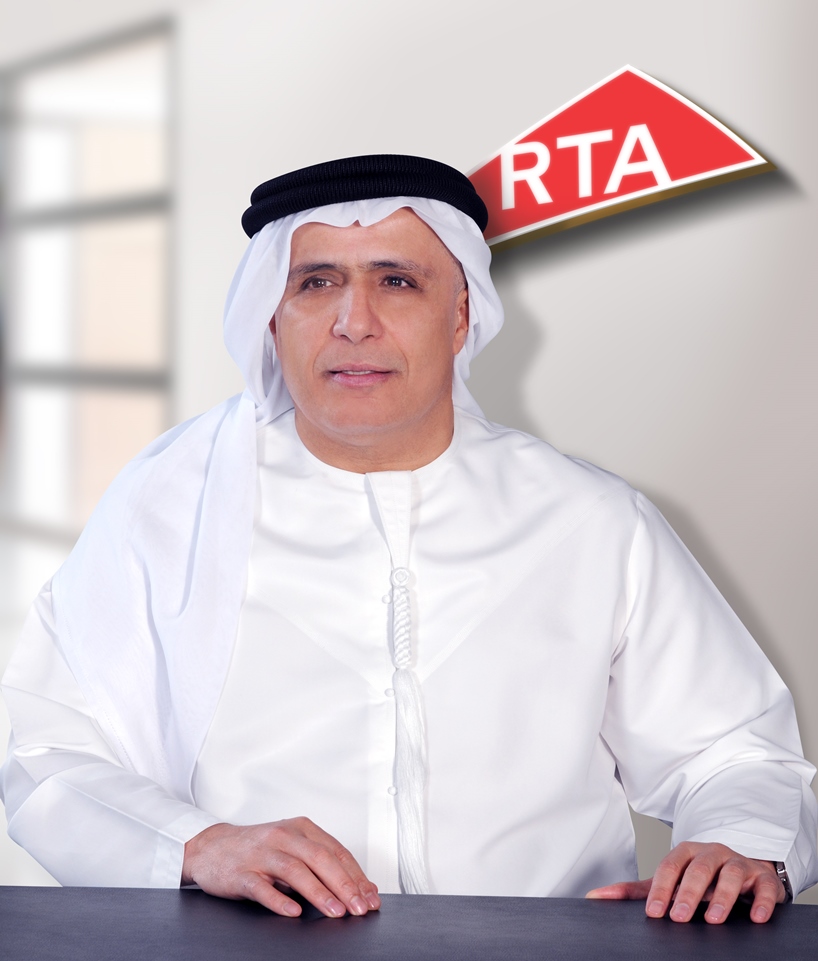 “The achievements accomplished since Sheikh Mohammed assumed office as Ruler of Dubai, elected as Vice-President of the UAE, and designated as Prime Minister, stand out as a clear evidence of the sweeping development drive witnessed by the UAE built on a fully fledged strategic development & growth vision. The government processes have undergone radical transformation from the e-Government to the Smart Government offering services 24/7. The attention of government offices has also shifted from achieving customers’ satisfaction to realizing the welfare and happiness of people by offering them decent living.

“Through my involvement with His Highness, I found him an unassuming simple leader who has a very sharp and consistent approach. HH attaches full attention to details, takes the initiative, boosts self-confidence and public spirit, and always stresses the need to maintain consistency in performance and deliverables. HH has endless ambitions for development and competition, and always urges entities & individuals to embrace challenge and set sight for yet higher performance levels. This unique approach has contributed to nurturing highly empowered human cadres, and generating unprecedented initiatives whose benefits extend to the region and beyond.

“HH had accustomed us to anticipating & reshaping the future towards achieving the ambitions of the nation. He had also showed us that ambitions are limitless, the word ‘impossible’ is not in his dictionary, and aspirations are achievable by working in a team spirit,” said Al Tayer.

Concluding his statement, Al Tayer said: “I pray to Allah Almighty to grant longer life to \Sheikh Mohammed bin Rashid Al Maktoum, Vice-President and Prime Minister of the UAE and Ruler of Dubai, bless his efforts towards fulfilling the ambitions of his people for boons and prosperity, and mark this prized occasion with ample health to His Highness.”

Saeed Mohammed Al Tayer, MD & CEO of Dubai Electricity and Water Authority (Dewa) has extended warm congratulations to His Highness Sheikh Mohammed bin Rashid Al Maktoum, Vice-President and Prime Minister of the UAE and Ruler of Dubai, marking the 10th anniversary of his accession as Ruler of Dubai.

Saeed Mohammed Al Tayer said: “We congratulate His Highness Sheikh Mohammed bin Rashid Al Maktoum, Vice- President and Prime Minister of the UAE and Ruler of Dubai, on the tenth anniversary of Accession Day. We would like to thank His Highness for his generosity, and for his vision to transform Dubai into an international role model for success and sustainability, making use of renewable energy and proving a clean environment; capable of offering high-quality services at an international standard, for generations to come.

“Dewa takes inspiration from His Highness’ initiatives, lessons, and useful advice, from this we develop conclusions, which enable us to further fuel Dubai’s development towards becoming a civilised hub for sustainability and green economy. On this occasion, we take an oath to remain loyal to His Highness and remain inspired by his efforts to achieve his vision to transform Dubai into the smartest city in the world, to be at the forefront of all fields, and to provide residents and citizens with sustainability and services, of the highest international standards.

“His Highness Sheikh Mohammed bin Rashid Al Maktoum is an example of leadership whom we are proud of, exercising every possible effort to create happiness among citizens and residents, and developing Dubai into a sustainable nation with an efficient government policy, assuring security, and achieving the vision of the UAE’s founders, for solidarity, luxury, harmony and development.

“This enhances Dubai Government’s international position for competitiveness, excellence, creation and innovation. His Highness is a role model for coordination between federal and local governments, by integrating a strategic government management plan, with a transparent system, exercising excellence in performance, and introducing smart services to further enhance Dubai’s position among the rest of the world, of which we are all very proud.

“May Almighty Allah continue to bless us with good health and further development in the coming decade, we have made an oath to remain loyal citizens of the UAE, adhering to His Highness’ expectations, to become more generous and loyal towards our country, to continue to grow, and achieve, to be at the forefront, and to become the best country in the world.”

Leadership transformed Dubai into the land of boundless possibilities for all: Dubai Cares CEO

On the 10th anniversary of the ascension of His Highness Sheikh Mohammed bin Rashid Al Maktoum, Vice-President and Prime Minister of the UAE and Ruler of Dubai, Dubai Cares, a member of the Mohammed Bin Rashid Al Maktoum Global Initiatives, hails its visionary leadership for the relentless efforts, dedication and commitment that have transformed Dubai into one of the most dynamic, peaceful and prosperous cities on the planet.

On this occasion, Tariq Al Gurg, Chief Executive Officer of Dubai Cares said: “His Highness Sheikh Mohammed’s innovative and compassionate approach to leadership knows no bounds, as Dubai continues to grow and develop into a thriving global community. It is on such a day that we pause to acknowledge him for his wise leadership and achievements, and thank him for his ongoing high-level advocacy for development on many fronts, including children’s right to education.”

As a UAE-based global philanthropic organization working to improve children’s access to quality education in developing countries, Dubai Cares is a member of Mohammed Bin Rashid Al Maktoum Global Initiatives, a new foundation that His Highness Sheikh Mohammed Bin Rashid Al Maktoum recently launched, consolidating the work of 28 organizations focusing on fighting poverty and illness, spreading knowledge and culture, empowering the community and driving innovation. Combined, the foundation’s initiatives will implement over 1,400 human development programs in more than 116 countries around the world, targeting 130 million in need by 2025.

“The launch of Mohammed Bin Rashid Al Maktoum Global Initiatives reaffirms an exemplary leadership whose vision is not only to achieve sustainable economic growth locally, but also to showcase his humanitarian efforts by implementing human development programs that will impact the lives of tens of millions of people around the world,” added Al Gurg.

Dubai Cares is currently reaching 14 million beneficiaries in 41 developing countries, and its mission will continue into 2016 and beyond, with the support of His Highness Sheikh Mohammed bin Rashid Al Maktoum, as well as the support of the UAE community at large.

“Every day, Dubai Cares seeks to emulate the vision and ambition of His Highness Sheikh Mohammed bin Rashid Al Maktoum through its mission to provide quality education to millions of children around the world,” Al Gurg concluded.