Rents for villas and apartments in established communities and prime buildings across Dubai rose 10 per cent and nine per cent, respectively, in the second quarter 2012 compared to the same period last year.

Quoting, the Reidin Residential Sale Indices, the global real estate consultancy said that overall, the residential market “looks to have bottomed out.”

“The villa market began to see some uptick towards the end of  2011 and this trend has continued into 2012.

Apartment sale indices remained stable (up by one per cent y-o-y), but remain 18 per cent lower compared to January 2008.

Citing Reidin’s rent indices, it said rents for villas and apartments increased by around 10 per cent y-o-y.

“Whilst villa  rents have increased five per cent compared to the levels of January 2009 and are almost back to their peak levels, apartments are 30 per cent lower relative to January 2009 levels,” the report said.

Maintaining a buoyant view on the realty market, JLL stressed rents and prices will continue their upward trend during the remaining of 2012.

In the second quarter, nearly 3,000 new residential units were added to the market, taking the total  inventory to around 344,000 units.

Notable projects handed over in this quarter included The Villa phase three in Dubailand, two  towers in Dubai Marina, three buildings in Dubai Silicon Oasis  and a complex of 26 buildings in International City.

International City has the largest proportion (16 per cent) of residential supply completed since 2009. Dubai Marina, Discovery Gardens and Jumeirah Lakes Towers are other submarkets that have witnessed increases in  residential stock.

Based on estimates from developers, JLL says a total of 24,000 additional units are currently scheduled to be delivered in the second half of the year.

Although prime buildings are witnessing stable rental levels,  secondary locations are expected to see further rental decline in the second half of 2012 due to the large new supply and weak tenant demand, JLL said.

However, average-asking rents for prime office buildings remained unchanged over the past year. Prime rents in the Dubai International Financial Centre stabilised at Dh2,370 per square metres, while prime rents elsewhere in the CBD (excluding DIFC) remained flat at Dh1,615 per sqm in the second quarter.

Prime quality buildings in areas such as Tecom, Sheikh Zayed Road and Burj Downtown continue to be popular locations for corporates and are witnessing stabilising  rents.

Vacancy rates within the CBD remained stable at around 35 per cent, but Business Bay reported a vacancy rate of around 80 per cent due to limited demand and a  substantial pipeline supply of new projects.

The total office stock in Dubai stood at 6.1 million sqm at the end of second quarter with only 58,000 sqm being delivered in  the second quarter.

Single ownership buildings account for the majority  (approximately 60 per cent) of the existing office stock while the remaining projects fall under strata ownership.

JLL expects an additional 640,000 sqm of office supply to enter the market in the second half if all the projects are delivered without delays — this still represents the lowest level of completions since 2007. 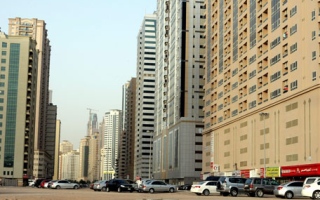