When Dexter Mateo rushed his pregnant wife to the nearest hospital in Riyadh last month because she was in extreme pain, he did not expect to walk out as a father.

His baby was born at six-months pregnancy.

The premature delivery was not the problem, however. As soon as the baby was born, the Filipino couple was presented the daily charges at the facility: SAR8,000 (Dh7,816). 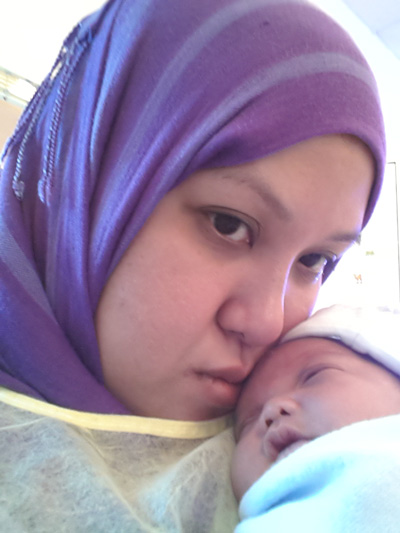 “Due to the emergency situation and the fact that it was the only hospital located near our residence area, I had no choice but to drop her there as she was struggling for the pain and her waters had broken,” says Dexter.

“I knew that the hospital was one of the private hospitals in Saudi Arabia, but I did not expect such costs for the delivery, and I did not expect that my wife would deliver at that time. We had planned to have her deliver in some lower class hospital here in Riyadh.”

Confronted with the bill, Dexter made several attempts to arrange a hospital transfer the next day. When the doctor told me about the costs, she suggested me to arrange the transfer of the baby to a government hospital right away.

“At 6am, early in the morning, I went to the government hospitals, but unfortunately they refused to accept the transferee patient, as I am not a Saudi national. They insisted that the hospital where the baby was born make an official request for the transfer but the hospital where my wife delivered has not taken any action to that end and we were still trying to find a solution.

Meanwhile, the bill has ballooned to almost SAR400,000 (Dh391,000). Working as an office assistant in an event organiser company in Riyadh, Dexter receives a monthly salary of SAR4,875 (Dh4,763). “I was able to pay for the delivery, so my wife could be discharged. But I am unable to cope with the bill that currently faces us,” he said.

In despair, the couple has given up the possibility of a transfer. Instead, their focus is on solving their problem with the hospital bill, which is swelling by the day.

“The child is still in the hospital and the cost is increasing day by day. They’ve now given me one week to find a way to settle the outstanding dues, otherwise they will pass my case to their legal department and I am not aware what the legal department will do,” said Dexter.

Meanwhile, the baby requires a laser treatment of his eyes, and as the current hospital does not have the sufficient equipment for this, it suggested the couple transfer him to an eye hospital because he is at risk of blindness.