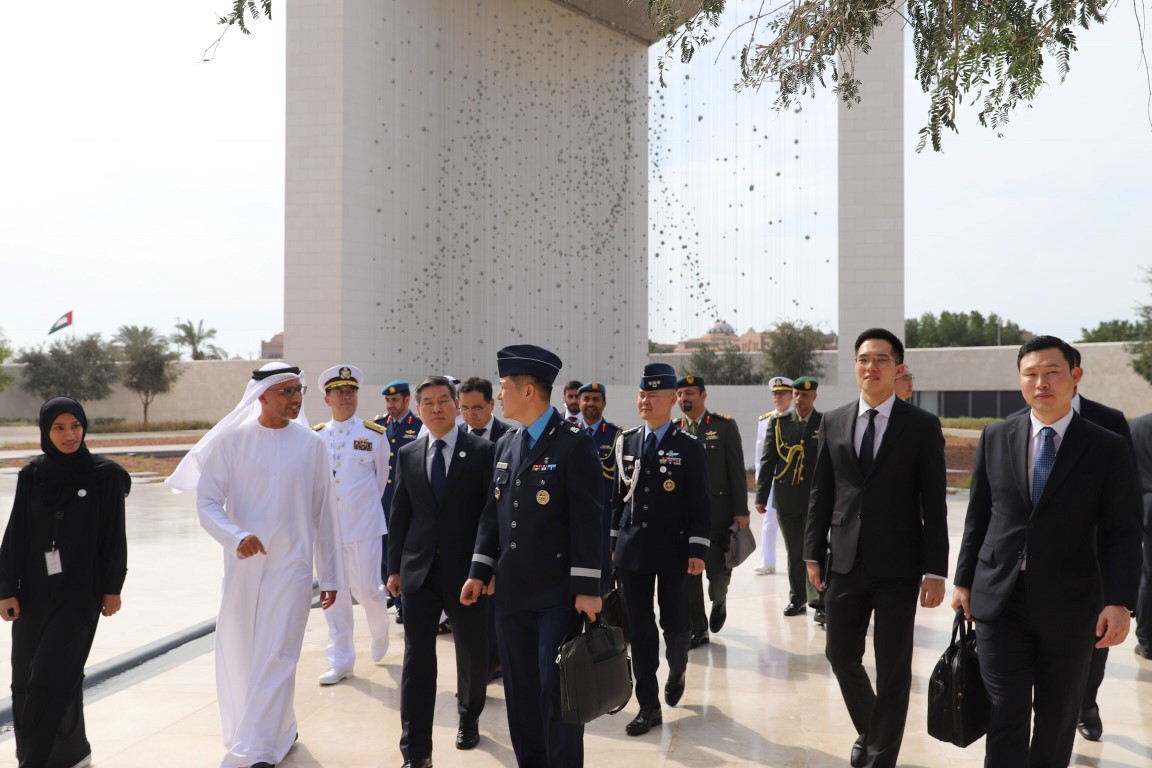 The S. Korean minister was briefed by Dr Yousef Al Obaidli, Director-General of the memorial, on the outstanding legacy of late Sheikh Zayed, which was clearly manifested through the artwork 'Al Thuraya', the 'Heritage Park'', rare recordings of the Founding Father, as well as video footages that narrate his noble values and inspiring legacy.

He also watched ''Al Thuraya", the three-dimensional artwork that characterises Sheikh Zayed, whose engineering forms shine in the evening in a way that simulates the stars of the sky. 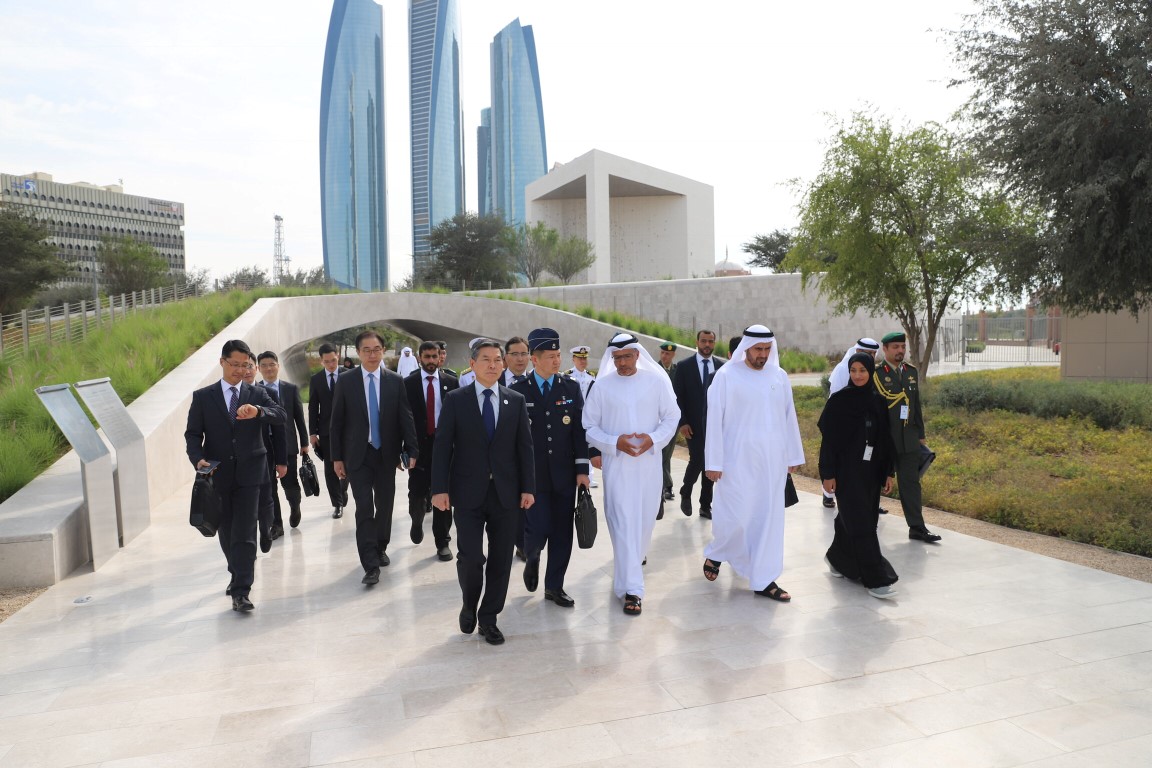 The minister also learned about Sheikh Zayed's love of and deep commitment to the preservation of the environment in the Heritage Park, which includes various types of fauna and flora that are part of the rich natural environment of the UAE and the Arabian Peninsula.

Matar Salim Ali Al Dhaheri, Under-Secretary of the Ministry of Defence, accompanied the country's top guest during the tour.