Lt. General Sheikh Saif bin Zayed Al Nahyan, Deputy Prime Minister and Minister of Interior, followed-up on the details of the firefighting operations to extinguish the huge blaze that broke out at The Address Downtown Dubai on Thursday night, through the Command and Control Center at Dubai Police and the Central Operations Room at the Directorate General of Civil Defence in Dubai. 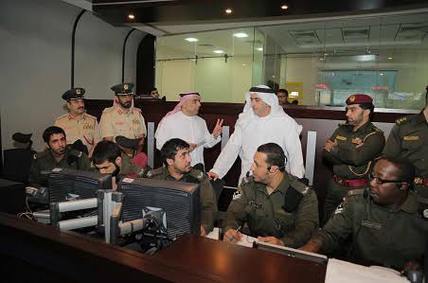 Sheikh Saif was briefed on the fire and ambulance operations and speed of response of all supporting entities. He praised the successful management of the accident site, which allowed the evacuation of hotel guests and visitors in record time, and the diligent efforts to secure the area surrounding Burj Khalifa to prevent any casualties.

Sheikh Saif confirmed that ensuring the success of the rescue operation and maintaining people’s lives is the strategic goal envisioned by the Ministry of Interior, which operates according to global standards to ensure speed of response to all emergency cases. These standards were evident in the successful handling of the Address Downtown Dubai fire incident.

In conclusion, Sheikh Saif praised the heroic and diligent efforts of Civil Defence, Ambulance teams and Dubai Police staff members, which contributed to achieving the Ministry of Interior’s strategic objectives.