Sharjah Police Headquarters said its recent auction, which was launched in cooperation with Emirates Auction, the leading company in the field of management and organization of public and online auctions in the Middle East, witnessed a remarkable demand on distinguished vehicle number plates through the company’s Direct sale online service. 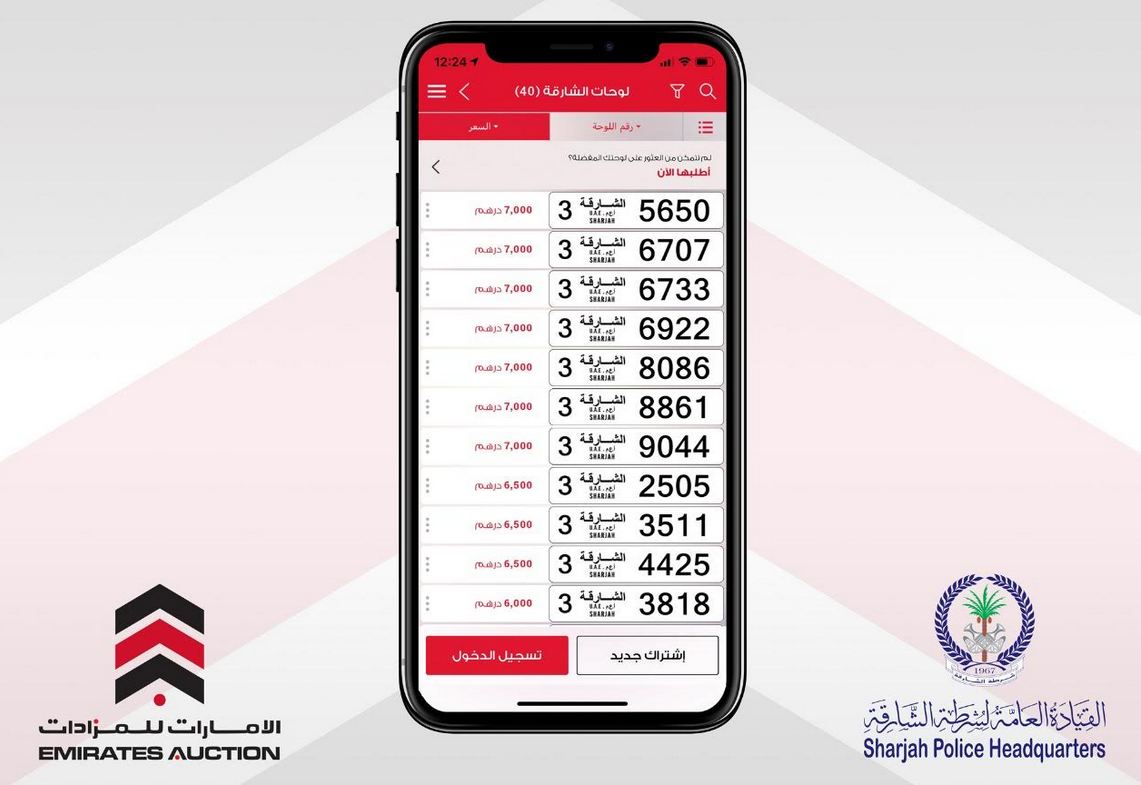 The number plates have attracted a large number of the enthusiasts who would like to acquire distinguished numbers for their vehicles. In this context, Sharjah Police Headquarters announced the sale of 56 number plates within the first hour of kicking-off this auction through the platform located in the Vehicles and Drivers’ Licensing Department at Sharjah Police, or through company's website and its smartphone application.

HE Colonel Ali Bualzod, Director of Vehicles and Drivers' Licensing Department at Sharjah Police, said: “The sale of 56 number plates of this new batch of distinguished vehicle number plates, within one hour, reflects the great success of these public and online auctions to fulfil and satisfy the needs of customers and enthusiasts of unique number plates.”

“The adoption of this sophisticated mechanism of online direct sale, through the Emirates Auction’s website or its smartphone application, has fulfilled its objectives, in terms of facilitating the procedures of acquiring those unique numbers, in addition to the Sharjah Police Headquarters’ keenness to offer its services in accordance with the best and highest international practices,” Colonel Ali Bualzod added.

In turn, HE Omar Matar Al Mannaei, Executive Director of Emirates Auction, expressed happiness about the outstanding outcomes of the online auction, which greatly contributed to the happiness of customers, as well as achieving the leadership by enhancing the satisfaction of Emirates Auction’s customers and strategic partners.

Al Mannaei stated that the batches, that are launched for sale, include unique numbers in accordance with considerate and competitive prices, with a view to attracting the enthusiasts who would like to acquire distinguished numbers for their vehicles.