H.H. Sheikh Dr. Sultan bin Muhammad Al Qasimi, Supreme Council Member, Ruler of Sharjah, and President of the University of Sharjah, UoS, underscored the university’s continuous efforts toward further development and progress, highlighting the upcoming generation’s role which contribute in building the future of the community.

This came during Sheikh Dr. Sultan’s speech which was delivered on Thursday during the annual ceremony of the UoS Alumni Association, at the university premises.

During the speech, the Ruler of Sharjah has highlighted the continuous development of the UoS, addressing the problems that impede the development process and the scientific progress.

Calling for protecting young people and preserving the Arab values and community heritage, Sheikh Dr. Sultan underscored the efforts of the emirate of Sharjah to ensure family stability to its graduates, by raising the salary ceiling to AED25,000, and providing decent and adequate housing.

During the ceremony, the attendees watched a film that highlighted the scientific and educational achievements made by Muslim scientists in various fields and disciplines.

Professor Hamid M.K. AlNaimiy, Chancellor of the UoS, also delivered a speech in which he lauded the constant efforts of Sheikh Dr. Sultan aiming to promote the UoS’ progress and development. 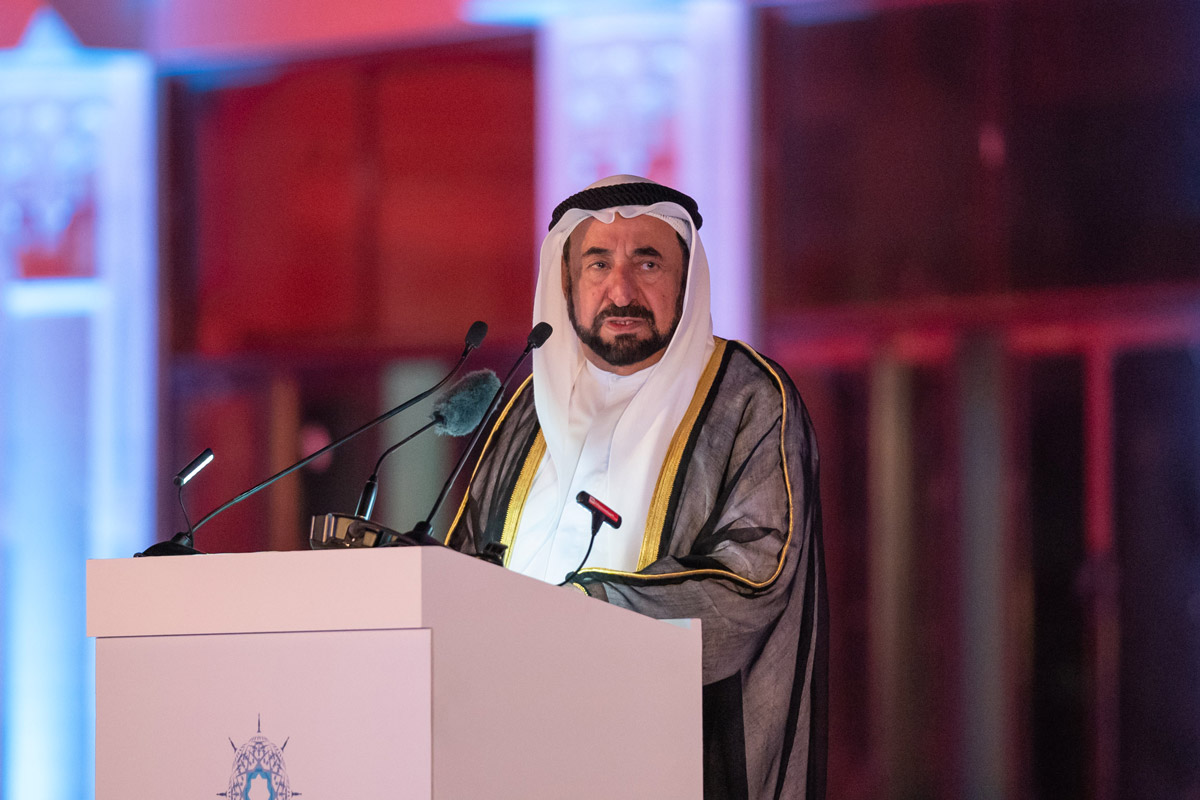 At the end of the ceremony, the Ruler of Sharjah received commemorative gifts from the UoS Alumni Association, which were two masterpieces of the Dr. Sultan Al Qasimi Centre for Gulf Studies (Al Darah) and the memorial of the Sharjah Cultural Capital of 1998, that was made by the students of the UoS' College of Fine Arts and Design, CFAD.