Sharjah Ruler inaugurates Al-Iman Mosque at a cost of Dh20m

H.H. Dr. Sheikh Sultan bin Muhammad Al Qasimi, Supreme Council Member and Ruler of Sharjah, presided at the inauguration of Al-Iman Mosque at Um Altaraffa Tuesday, which was built at a cost of AED20 million. 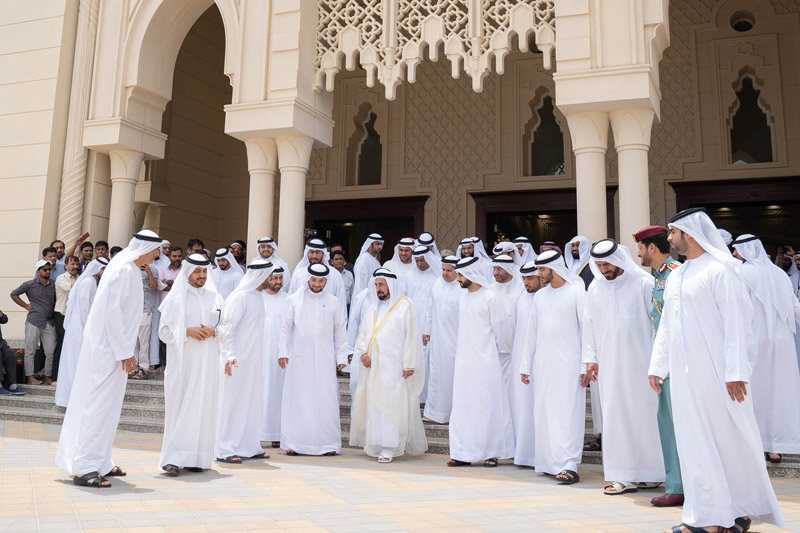 During the inauguration,the Ruler of Sharjah was briefed about the Mosque’s campus and its facilities.

Being built in the Islamic architectural style of the Fatimid-stone design, the mosque, covering an area of 1,860 square meters with a capacity for 2,500 worshipers, has a library, imam’s home, several ablution areas, a women’s worship area, as well as several other facilities for people with disabilities and the elderly.

With its religious status as a place of worship, the mosque will be an important landmark in the Emirate of Sharjah, combining Islamic architecture and craftsmanship.