The 7th edition of the NAS Sports Tournament attracted 1,250 participants from 49 nationalities competing in a wide range of categories including cycling, swimming, running, and Jiu-Jitsu among others. The competitions for individuals kicked off after the competitions for teams concluded last week. 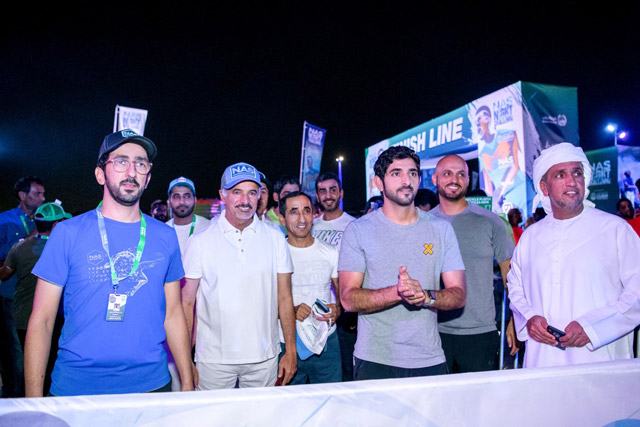 The Nad Al Sheba Night Challenge Championship was first integrated into the NAS Sports Tournament in its fifth edition back in 2017 and has since become an integral part of the event attracting many participants of different nationalities. The two-day NAS Night Challenge Championship is open to both professionals and amateurs alike from both sexes. A total of 120 men and 41 women took part in the professional categories this year, while 1,089 men and women participated in the amateur categories. Men accounted for 67 percent of participants and women’s participation reached 33 percent.