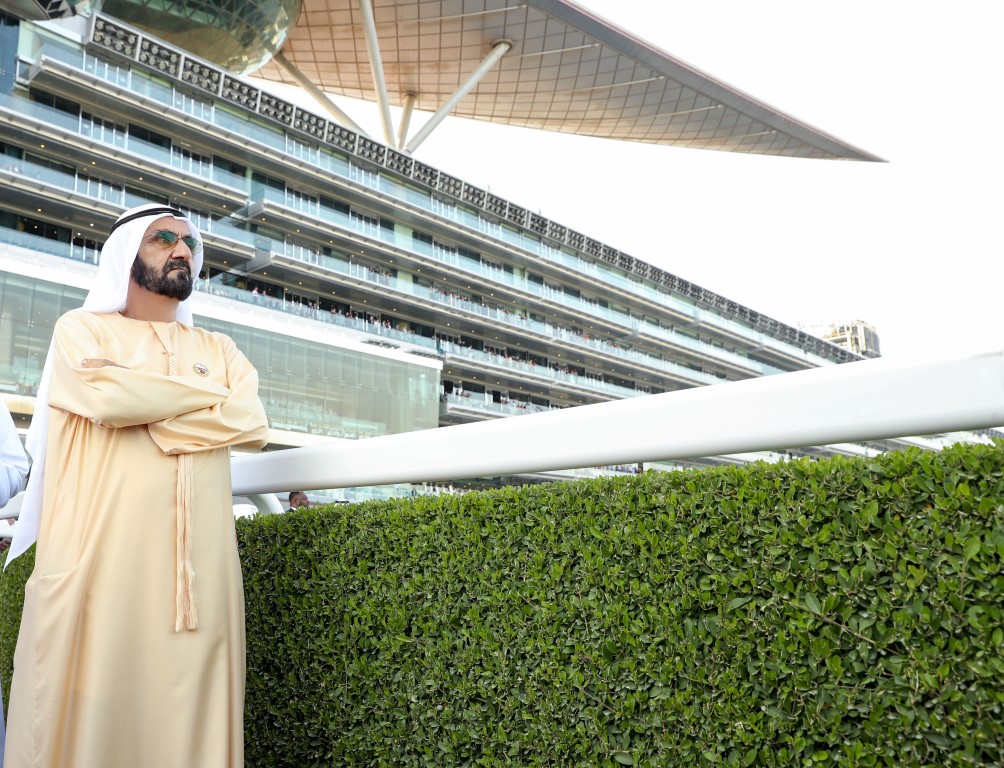 His Highness Sheikh Mohammed followed the seven races that constitute Super Saturday list of races at Meydan. More than US$2.5 million were up for grabs as high-profile owners, trainers, horses and jockeys from around the world followed the event.

The Super Saturday saw the participation of more than 75 horses and was followed by a crowd of horse race enthusiasts.