His Highness Sheikh Mohammed bin Rashid Al Maktoum, Vice President and Prime Minister of the UAE and Ruler of Dubai, today inaugurated Burj Jumeira, the new tower set to be built in the Al Sufouh neighbourhood of Dubai.

His Highness described the tower and Downtown Jumeira as a continuation of Dubai’s vision for becoming a city of the future distinguished by its intelligent design and cohesive infrastructure and network. 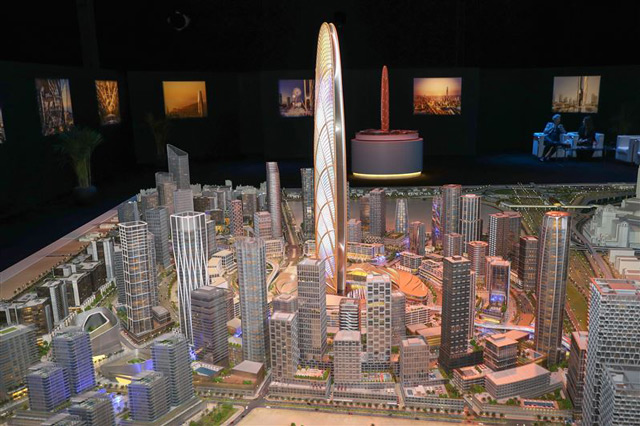 Downtown Jumeira, which is being developed by Dubai Holding, will considerably enhance the surrounding areas by creating a comprehensive and vibrant community that will cater to the various lifestyles of its residents.

Its centerpiece, the Burj Jumeira, will become a new focal point and landmark for Dubai, drawing in both residents and tourists alike.

Commenting on the occasion, Al Habbai said: "The launch of Burj Jumeira in the presence of His Highness Sheikh Mohammed bin Rashid Al Maktoum, Vice President and Prime Minister of the UAE and Ruler of Dubai, who has left his fingerprint on the project, is a confirmation of the critical role this development plays in Dubai’s vision for the future.

"The entire Downtown Jumeira area, and Burj Jumeira specifically, are distinctive projects that focus on providing an unparalleled experience to both visitors and residents. It will not only serve the needs of residents who are looking to live in cohesive and connected communities, but will also enhance Dubai’s tourism offering by adding another icon to the Emirate’s portfolio of unique attractions."

Construction will kick off immediately as the first phase of the development will be delivered in 2023.

Overview of Burj Jumeira Burj Jumeira rises to 550 meters and is strategically located opposite Sheikh Zayed Road in Al Sufouh.

The tower’s design is inspired by the harmonious ripples of the UAE’s desert sand dunes and its flowing oases.

The tower’s façade will be covered with digital displays that can be utilized for various occasions and celebrations, further reinforcing the tower’s role at the heart of Dubai’s community activities.

The Crown At Burj Jumeira’s summit is the crown, which has the inherent flexibility to host a variety of different events.

At 450 meters high, it is capable of expanding to accommodate varying capacities and uses, with the sky-lounge and interconnected sky-restaurant providing an opportunity to host larger scale events.

The state-of-the-art technologies deployed inside the crown enable its inner surfaces to be transformed into fully immersive and interactive displays.

With its interactive experiences, it goes beyond the traditional concept of observation decks.

The main viewing platform is accessible via lifts with modern digital screens that carry the visitor through a distinctive experience until they reach the desired platform.

The platform will become a major destination to witness fireworks and other events which take place in Dubai throughout the year, as well as giving visitors an opportunity take part in extreme sports. 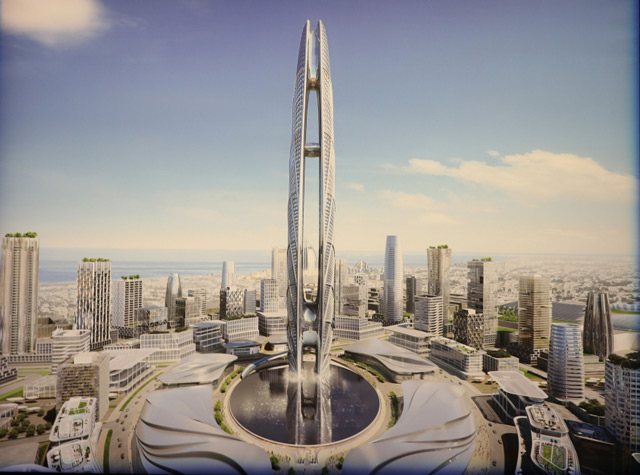 The Base of Burj Jumeira The base of the tower is designed in the outline of His Highness Sheikh Mohammed’s fingerprint, and is planned to accommodate various social, cultural and artistic events and activities.

It will also be home to numerous entertainment options, including water fountains, a terraced outdoor amphitheater, and is designed to host interactive lighting and fireworks displays.

Surrounding the base of Burj Jumeira will be a fully integrated and vibrant retail component.

Upon completion, it will be home to both residential and commercial towers and hotels, as well unique F&B concepts, and world-class restaurants.

The area will be underpinned by a comprehensive infrastructure that embraces the latest sustainability solutions and smart technologies.

Connectivity will be a central component of Downtown Jumeira, with a covered pathway connecting the nearby Sharaf DG Metro Station to Burj Jumeira, and all the way through the entire development to Burj Al Arab Jumeirah. Lush neighborhood parks, large open spaces and shaded streets are key characteristics of the development.