Vice President and Prime Minister and Ruler of Dubai, His Highness Sheikh Mohammed bin Rashid Al Maktoum, has inspected the finishing touches at LEGOLAND and Riverland Dubai at the Dubai Parks and Resorts, the largest joint theme park destination in the Middle East.

The two parks will be opened to the public in the next two days.

The project is spread across 30 million square feet of land, strategically located on Sheikh Zayed Road between Dubai and Abu Dhabi, and is close to the Expo 2020 location.

HH said the cultural and tourist landmark would elevate the UAE's position as a regional and global family entertainment and tourism destination.

''This national cultural achievement will add new building blocks to the structure of development and progress of the UAE,'' HH added.

Sheikh Mohammed began his tour at the French village at Riverland Dubai, the gateway to Dubai Parks and Resorts, where he viewed the medieval French town and historic architecture of Europe from the late 1600’s, as well as visited towers, water wheels and alleyways.

Riverland Dubai has four themed zones that offer a glimpse into some of the greatest eras of the past – from 1950s America at The Boardwalk to medieval France at The French Village, colonial India at India Gate and the 19th century themed Peninsula.

HH then proceeded to LEGOLAND Dubai, where Raed Kajour Al Nuaimi, CEO of Dubai Parks and Resorts, described the creation of the largest world-class leisure and entertainment destination in the Middle East and North Africa, from design to construction.

LEGOLAND Dubai is designed for families with children aged 2-12 and will feature over 40 interactive rides, shows and attractions, along with 15,000 LEGO model structures made from over 60 million LEGO bricks. 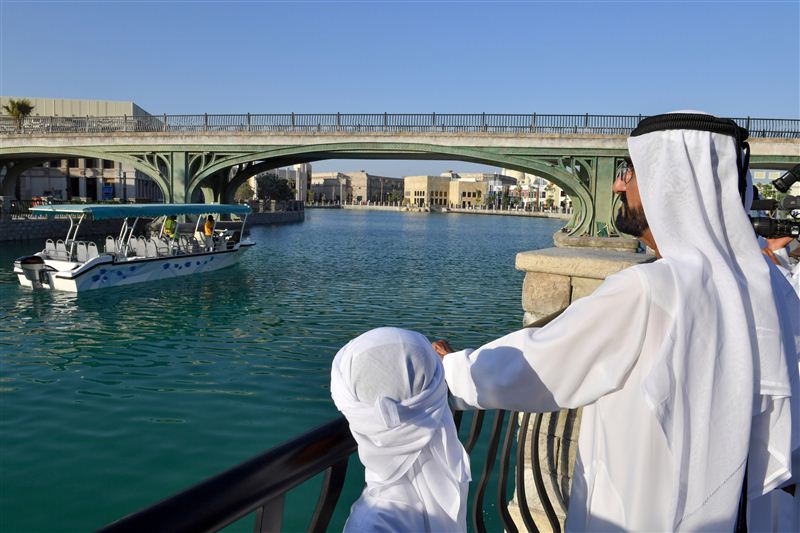 Al Nuaimi said construction began in March 2013 and is expected to be completed by the end of 2019, becoming the region's first world-class integrated resort, cultural and entertainment destination for UAE citizens, expatriate residents, holiday makers and visitors to the UAE and Expo 2020.

Later, HH inspected work at Six Flags Dubai, the first branded theme park in the region. Planned to open in late 2019, Six Flags Dubai will be the fourth theme park at the Dubai Parks and Resorts destination and will include 27 rides and attractions for all ages across six themed zones, including Thrillseeker Plaza, Magic Mountain, Fiesta Texas, Great Escape, Great Adventure, and Great America, as well as a Polynesian themed family hotel.

By 2020, Dubai is projected to welcome 20 million tourists annually, which will boost efforts aimed at diversifying the sources of the nation’s revenues.